PNG sprinter heads off to USA 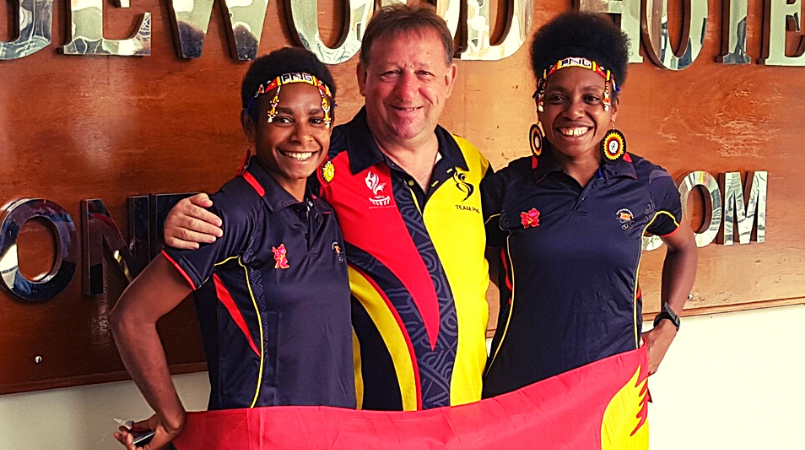 Former Goroka Grammar School student, Leonie Beu, is heading off to the City of Concordia in Kansas, USA, on Wednesday to take up an athletics scholarship at Cloud County Community College.

The 22-year-old from Sappa village of the Huon district in Morobe Province won medals in all three sprint events at the Pacific Games last year as well as gold in the 4*400m relay and silver in the 4*100m.

It was her clocking of 55.71 seconds in the 400m which drew the attention of college coaches in the USA and Beu was offered a scholarship by Cloud County, which will cover her tuition fees in full and provide a little towards living expenses as well.

After completing her Grade Ten studies at Busu Secondary School in Lae, Beu moved up to NSI Goroka in 2018 to join the athletics squad preparing for the Pacific Games under coach Dior Lowry.

Athletics PNG President, Tony Green, thanked the Director of Goroka Grammar, Paddy Kelly, for his support by way of a significant discount on school fees, which enabled Beu as well as distance runner Simbai Kaspar to complete their education whilst preparing for the Games.

Beu will be joined by her long time training partner Isila Apkup from Waskuk Village in Ambunti. The pair have been training together since December 2017 when Apkup relocated to Lae upon completion of her secondary education. She had been identified at the 2014 PNG Games when she finished third in the 400m, clocking what was a very impressive time for a 15-year-old (61.83 seconds).