LeBron thinks back to his roots 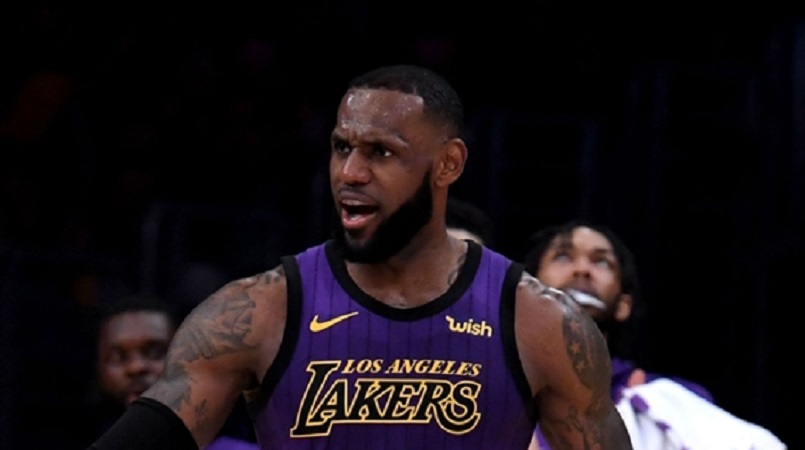 LeBron James reflected on how far he has come after surpassing "one of the most dominant forces" ever to play basketball on the NBA's all-time scoring list.

James starred in the Los Angeles Lakers' 126-117 victory over the Portland Trail Blazers, amassing 44 points at Staples Center on Wednesday.

The Lakers superstar traced his mind back to his roots in Akron, Ohio after bettering Wilt Chamberlain's tally of 31,419 points.

"I don't know how I feel right now, I'm just happy we were able to get another win," said James.

"But any time my name is mentioned with some of the greats that played this game, I always think back to my hometown, where I've come from and how far I've come."

@KingJames reflects on his 44-point game, passing Wilt Chamberlain on the all-time scoring list, and overcoming a 13-point deficit vs. Portland. pic.twitter.com/ohR3VpmtyE

James paid tribute to Chamberlain after jumping above the Lakers great.

"Wilt is one of the most dominant forces we ever had in our game along with Shaq [Shaquille O'Neal], one of the greatest Lakers to ever play the game," James added.

"[He is a] 100-point scorer. One of the greatest scorers, rebounders to ever play this game. Multi-sport, [multi-]dimensional athlete - people had never seen something like that in that era. Dominant in all walks of life, not just basketball."