If I'd caught you Lyon, we wouldn't feel this Paine 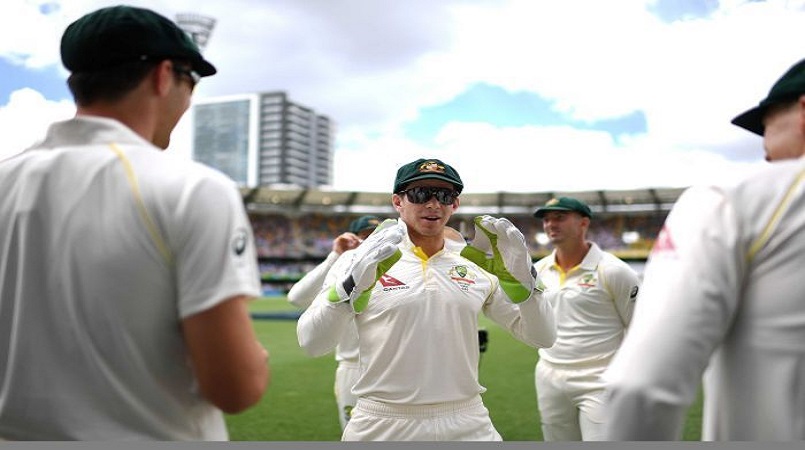 There aren't many lonelier jobs in the world than wicketkeeper. Zookeepers have their elephants, gamekeepers have pheasants. It may only be remote lighthouse keepers who understand the same twin burdens of responsibility and solitude.

Sure, the wicketkeeper is part of a team, but he's alone in it.

Like whoever keeps the ships from shore, he's on an island, a small redoubt absorbing a constant tide.

Unnoticed when his job is done, only taking focus when misadventure strikes.

You have to feel for Tim Paine. He didn't ask to be picked. Of course he would be glad.

Of course as a professional he wanted it. But you wonder if there was any part of him that thought, not now. I'm not ready. Some other time.

And if he thought that, it would have been amplified and reinforced by the reaction to his parachute drop.

Those in Tasmanian cricket were overjoyed at vindication of how they've nurtured him.

But for every well-wisher, there was an order of magnitude more criticism. Both positions are fair enough.

When Paine walked onto the Gabba after England opted to bat, it was his chance to make his case. It was also his chance for things to go wrong. In the 57th over, there it was.

The delivery from Nathan Lyon around the wicket, tumbling across the right-handed James Vince, straightening, outside edge high on the bat lunging forward, then off the heel of Paine's left hand.

Sure, they're difficult. They travel quickly. They stick or they don't. But they're also straightforward. A high standard, but standard.

You pick elite performers because they turn the difficult into reality.

For Paine, it was the worst way the game could have gone. Blow to confidence, ammo to critics. A drop before he'd had a clean take.

When Peter Handscomb lunged to snare Alastair Cook early, it was first slip's catch, but it was one a confident keeper could have launched at and taken.

And Paine's drop wasn't just a drop, but from the spinner, the standard by which keeping is truly judged.

Here Lyon's history is relevant, in that his career was nearly ended by bad wicketkeeping.

Matthew Wade's many misses back around 2012 not only cost Lyon wickets, they drained his confidence, made him think he couldn't bowl out teams on final days, and took chunks out of his numbers to furnish cases against him.

To bowl at his best, Lyon needs to have faith in his most important ally.

Before the drop, Lyon had worked over Vince relentlessly.

In 55 balls the batsman had managed 15 runs. He'd edged it through the cordon, edged it into his pad, and popped up several near close catchers. Finally the bowler's work had been done, then undone.

That was why Lyon had to take up the cause himself. Before the game he had made a spectacle of himself with his whitewash-inspired bluster.

Then came to naught on a spongy track that robbed speed off the surface. Where Mitchell Johnson's deliveries four years ago bounced off a trampoline, these ones dragged themselves out of the bath.

Lyon bowled well and got turn in the first session, but the concern was that he was bowling at all. With England past 100 at one wicket down, he was looking like eating his words.

Then with the catch dropped, his chance to influence the outcome himself appeared to have gone.

Instead, even after Pat Cummins bowled Mark Stoneman with a peach, England's most questioned batsman looked like strolling to an Ashes century at his first career opportunity.

Though on his 84th run, Vince was sprinting it.

The Lyon of 2012 could never have produced that run-out.

His pick-up and throw from cover belonged to David Warner, who can't field there anymore with broken digits, or Glenn Maxwell, who can't even get in the side.

But years of training has made Lyon a highly effective patrolman.

His hands were clean, and he managed to launch a throw while moving, on one foot, off balance, his splayed arm firing in the direction he was already travelling.

With a degree of difficulty at maximum, he landed it with barely a splash.

It unsettled England, and through Cummins came again, too quick onto Joe Root's pad.

Taking out opposing captains is Australia's modus operandi, and while two of the lesser players had been allowed fifties, the main wicket was done for 15.

"We knew we weren't gonna blast them out," Cummins told ABC Grandstand after play.

"The wicket was softer and moister than the usual Gabba wicket. We've got to be disciplined and get our wickets that way."

It was a million miles from terror quicks and a reinvention of Bodyline. But Lyon had taken it on himself to save his side from a complete climb-down.

There is still opportunity to limit the damage on day two.

As for Paine, the drop didn't cost many runs, but what matters is what it costs in confidence.

There will be more catches, if he can stay in the right state to take them.

Behind the stumps when that ball went down must have been a lonely place indeed.

No man is an island, but some live on them.

England won the toss and elected to bat.