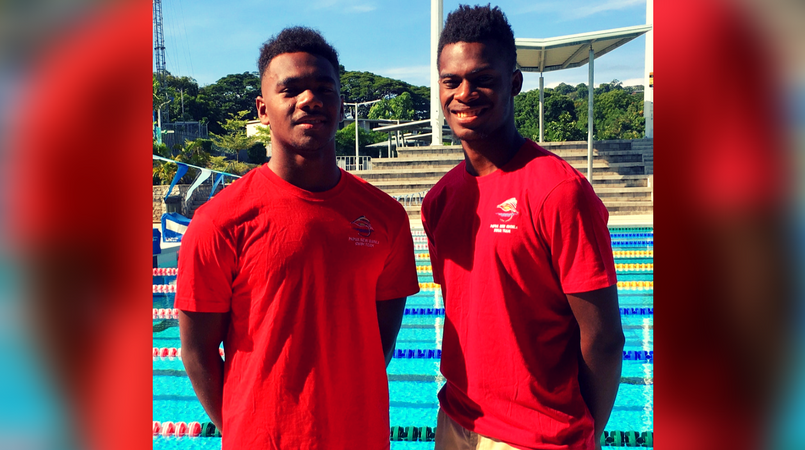 PNG’s endorsed athletes for the 2018 Commonwealth Games, Leonard Kalate and Josh Tarere, recently completed a week of intense training at the Taurama Aquatic and Indoor Centre in Port Moresby.

With the support of the Papua New Guinea Olympic Committee, Papua New Guinea Swimming Inc organised for the two swimmers, both 17, to train in Port Moresby for the week leading up to a competition in Australia.

PNGSI Secretary, Carly Pini, said the two swimmers departed for Brisbane on Wednesday this week. They flew to Melbourne on Thursday and were to be joined by experienced PNG swimmer Ashley Seeto.

They are currently competing at the 2018 Victorian Open Championships being held at the Melbourne Sports and Aquatic Centre (MSAC) from January 12-14.

This is Tarere’s first international competition and will see him gain valuable racing experience.

Pini added that while in Melbourne, the trio will be under the guidance of Coach Rob Van der Zant, who has been selected as the swim team coach for Commonwealth Games.

“The swimmers will be aiming to improve on times and cement their position in Team PNG for the Commonwealth Games.”