Bundesliga to resume next week 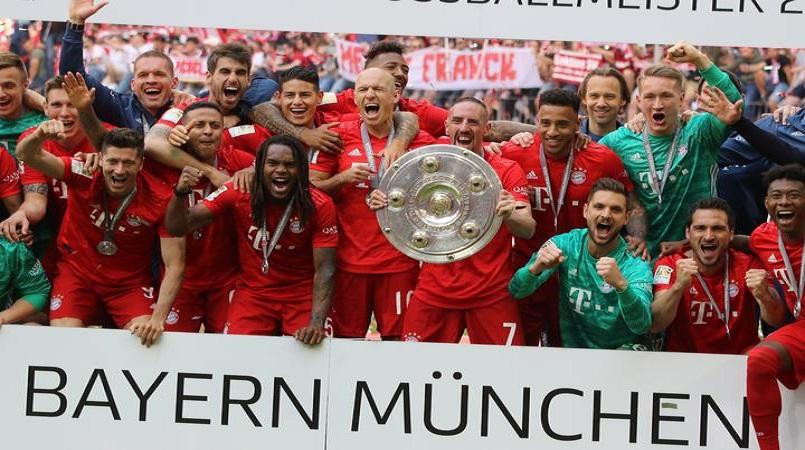 Germany's Bundesliga says it plans to re-start on May 15, making it the first of Europe's top football leagues to get under way following the novel coronavirus stoppage, after being given the green light by the government.

The government said the Bundesliga and second-tier 2. Bundesliga could re-start in the second half of May without spectators, adding that the German football league would decide on the exact dates.

The DFL later confirmed that it planned to resume on May 15.

Under the current schedule, the first match would be the relegation battle between Fortuna Duesseldorf and Paderborn, the first of the 26th round of matches.

Chancellor Angela Merkel made the initial announcement as part of measures to begin easing the country's lockdown aimed at halting the spread of the virus.

It followed a teleconference with officials from the 16 states to discuss easing the country's lockdown measures.

"It comes with a great responsibility for the clubs and their employees to implement the medical and organisational requirements in a disciplined manner."

He added that "games without stadium spectators are not an ideal solution for anyone."

"However, in a crisis that threatens the existence of some clubs, it is the only way to ensure the continued existence of the leagues in their current form."

A government statement also said teams would have to go into quarantined training camps ahead of the restart.

The league has been on hold since mid-March because of the coronavirus outbreak which has brought football to a standstill around the world and Germany's progress is likely to be closely watched by other leagues.

Bayern Munich, chasing an eighth successive title, currently lead the table with 55 points from 25 games, four ahead of Borussia Dortmund with RB Leipzig third on 50. There are nine rounds of matches to play.

The 26th match day also includes a Ruhr derby between Borussia Dortmund and Schalke 04 while Bayern would be away to Union Berlin.

At the bottom, Werder Bremen and Paderborn are in the drop zone with Fortuna Duesseldorf in 16th, which is the relegation/promotion playoff spot.

Germany's professional teams have been training since mid-April, divided into small groups and under strict conditions, including extensive testing of all players and coaching staff.

On Monday, the DFL said it had registered 10 positive cases in a blanket test of 1,724 players and staff at its 36 first and second division clubs.

"I would like to thank the politicians for their decision today which has given us the opportunity to end the Bundesliga season," said Bayern Munich chief executive Karl-Heinz Rummenigge. "This ensures that sporting decisions are made on the pitch and not at the green table."