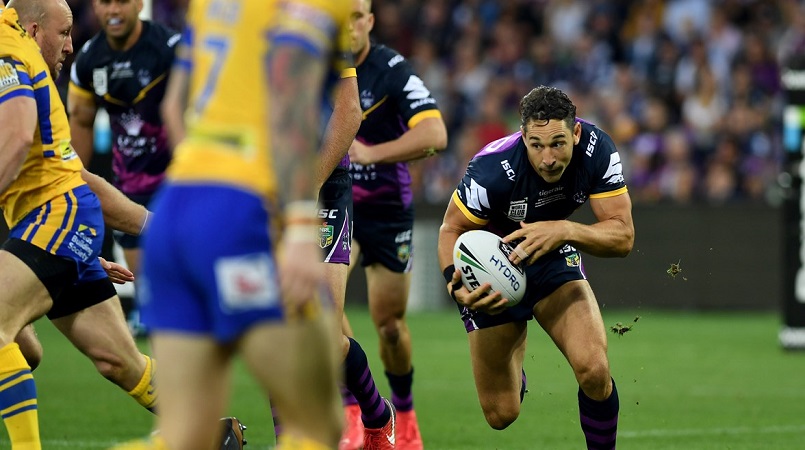 Melbourne Storm fullback Billy Slater has racked up plenty of impressive numbers over his career which will hit a major milestone on Saturday night when he becomes the 31st player to reach 300 games.

As the veteran fullback prepares for the round two clash against the Wests Tigers at AAMI Park, here's a look at some of the key stats that show why he’s one of the game’s greatest of all time.

When it comes to tackle breaks in the NRL era, Slater is the undisputed king with a grand total of 1231 for his career, which puts him 108 clear of the next best, South Sydney Rabbitohs captain Greg Inglis.

Slater is also the all-time leader for line breaks with 259 for which puts him well clear of Brisbane Broncos five-eighth Darren Lockyer (203).

In running metres he has 39,187 for this career, behind only Cronulla Sharks lock Paul Gallen, and should become the second player to break the 40,000 barrier later this season.

He is third for minutes played with 23,533, another stat which proves Melbourne really did have a "Big Three" for many years as he trails long-time Storm teammates Cameron Smith (27,659) and Cooper Cronk (24,346).

And if that's not enough statistical information for you, Slater has also made 3974 runs, 289 kicks, 351 offloads, only 83 errors and 1080 decoy or support runs in his 299 Telstra Premiership appearances, according to NRL.com Stats.