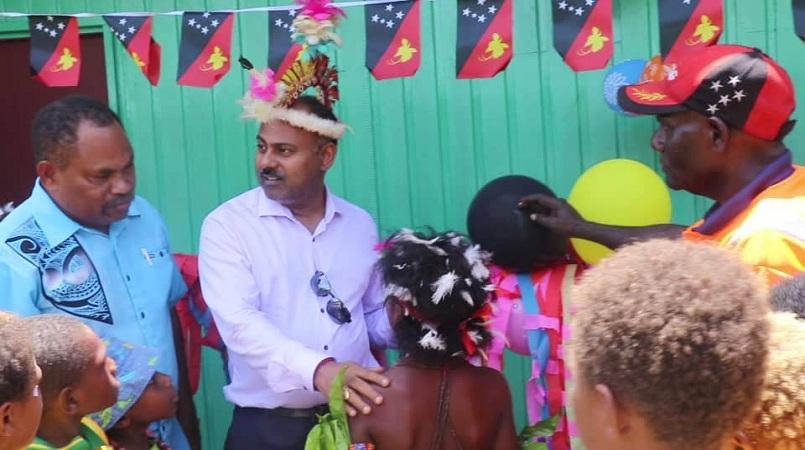 The fastest way to destroy a community or a country is not through atomic bombs and armed machineries but by destroying its education system.

WNB Governor Sasindran Muthuvel in his official speech said education is the web that keeps community intact because it opens up individual mindsets and enhances each member of the community to become proactive in contributing meaningfully to its development and added that education gives hope for the future generation.

The funding was from the WNB Governor’s Office through the NBPOL Trust Fund.

Governor Muthuvel is appealing to his people to bear with him as the Provincial Government makes do with its limited funding.

He stressed that the easiest way for children in the Province to have some opportunity is through education especially in a time and age when population is growing and the land mass remains the same.