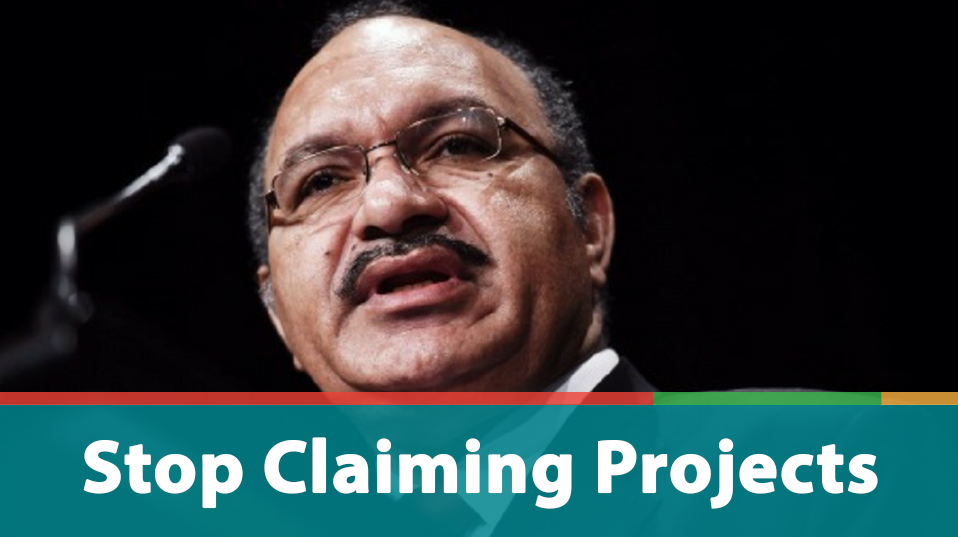 Former Prime Minister and Member for Ialibu Pangia, Peter O'Neill has called on the Government not to claim credit for major projects not of its initiative or design.

Mr O'Neill made these remarks after Treasurer, Ian Ling Stuckey's claim recently that the EVEDU Transmission and Electrification project was the Marape Government’s “top priority project”.

Stuckey’s statement reads in part: ‘The Australian Government has agreed to support the Marape Government’s top-priority EVEDU Transmission and Electrification project with funding of $US90 million (K315 million).

‘EVDU is part of the PNG Electrification Partnership with Australia, the US, New Zealand and Japan, which aims to achieve 70 per cent electrification across the nation by 2030.

Mr Ling Stuckey welcomed the decision, saying it is a big boost to the Marape Government’s electrification plans.

However, O’Neill in a statement said this is a shameless attempt by the Treasurer at claiming credit for a project the Government never initiated or promoted.

“Even after 20 months in office this Government has not progressed the project much despite the fact that the United States made its contribution last year.

“This is the most positive and the biggest project on government books now and it must be progressed with all urgency.

“The Prime Minister and his Treasurer have delivered two national budgets and two Supplementary budgets and no projects," Mr O'Neill said.

He added that the only achievement Ling Stuckey and Marape can claim full credit for is the closure of Porgera gold mine, the stalling of the Papua LNG project, the delay of the Wafi Golpu and endless promises and slogans.

“Having discovered that Papua New Guineans are asking serious questions about this government's performance they are claiming credit for projects they never promoted.

The former Prime Minister admitted of getting big debts but clarified that his government used the loans to build airports, seaports, roads, bridges, hospitals and classrooms.

“Yes, I did borrow but I kept below the limits set by the Fiscal Responsibility Act and was up to date with repayment schedules.

“Marape and Stucky have borrowed their way past the Fiscal Responsibility Act no less than three times and the debt to GDP ratio is at a staggering 51 per cent."