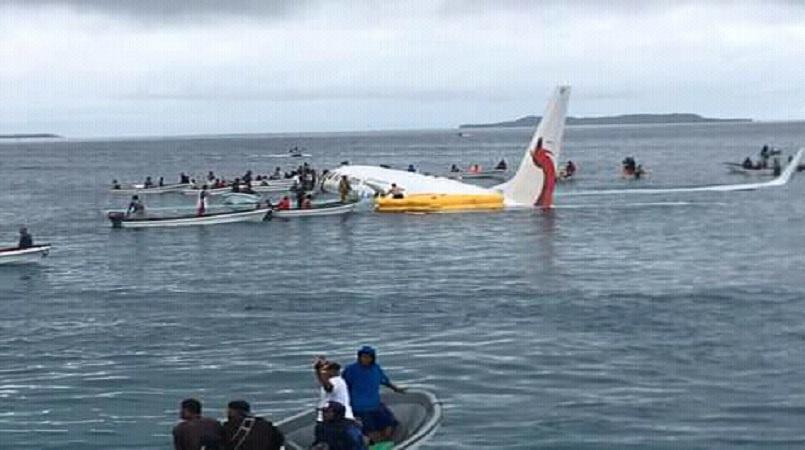 Air Niugini has confirmed that all passengers on board Air Niugini’s B737 aircraft in were safely evacuated following the incident on Friday in the Federated States of Micronesia.

The airline also confirmed that the United States Divers have completed an inspection inside the aircraft which landed short of Chuuk International Airport.

Air Niugini in a statement said the US divers have confirmed that all the passengers were safely evacuated from the aircraft.

This has been also confirmed by other passengers that the unaccounted person had been safely evacuated from the aircraft and was seen in one of the local dinghies that were assisting with transporting the passengers and crew to the shore.

Local authorities and the airline are continuing to investigate the location of the unaccounted passenger.

The two injured passengers who were hospitalized have been released while the other four passengers are in stable condition.

These four passengers are being transported to Guam for further treatment.

Meanwhile most of the passengers and all the crew have arrived in Port Moresby on Saturday afternoon’s Air Niugini special flight and the airline is arranging their onward travel.

The airline further confirms that it is assisting the passengers with accommodation and other immediate needs, and will continue to provide assistance to them over the coming weeks.