A pink beacon in the sky 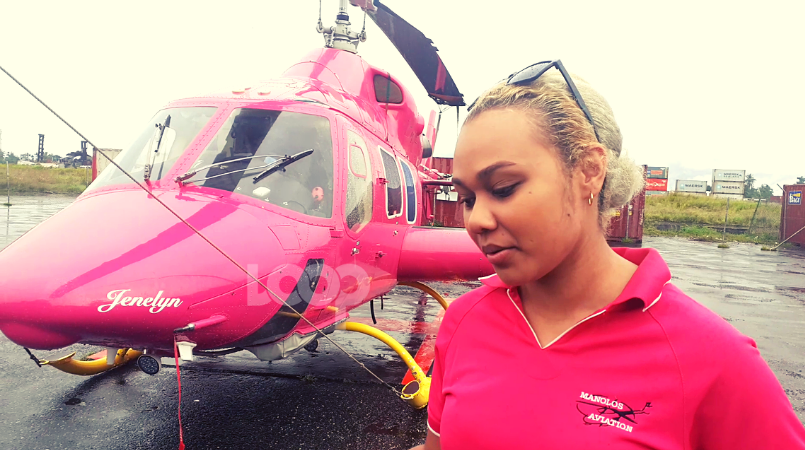 Manalos Aviation is not only lending a voice to the fight against gender-based violence, but also becoming a beacon in the sky for all to see.

The famous quotation, ‘The only thing necessary for the triumph of evil is for good men to do nothing’, is still relevant today. And more so when it comes to the evil that lurks behind closed doors.

Manolos Aviation’s trainee pilot, Alexandria Tahirih, says this was the reason why an all-female crew painted their Bell 222 helicopter pink.

They hope they can support the fight against gender-based violence and encourage people to not be silent anymore.

“Embarrassingly, I only stood up after Jenelyn’s death because I realised, there are so many women suffering gender-based violence in silence only because they’ve been taught that this is what they should expect,” shared the 21-year-old, who is of New Ireland and German descent.

“I decided to not be a part of the problem, with people complaining and complaining. I actually wanted to do something to capture people’s attention. I feel like just talking about it does really little, to be honest, because we’ve normalised it so much it’s just gonna be another conversation so what better (way) than to slap it on the pink helicopter.”

Painted in August last year, the Bell 222 was dedicated to the fight against GBV after the brutal torture and death of the late Jenelyn Kennedy in June. With her name being the first on the chopper, the ‘P2-HOT’ will serve as a flying memorial to women who lost their lives to violence.

Additionally, apart from serving mothers suffering birth complications in rural PNG, the chopper is also used by politicians. Tahirih says by using their chopper, political leaders will be reminded of the women our country failed to protect.

(Manolos Aviation’s trainee pilot, Alexandria Tahirih, in front of the pink chopper at the heliport in Lae, Morobe Province)