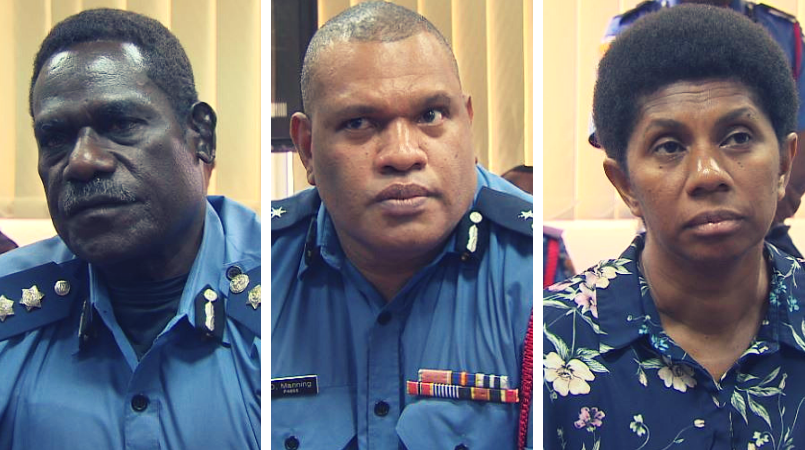 It is now business as usual at the Royal PNG Constabulary as the new acting Police Commissioner, Francis Tokura, and his two deputies, have taken office.

Police Minister Bryan Kramer gave the assurance during a press conference today at the Police Headquarters.

“The decision behind my submissions to the NEC to support the appointment of Mr Francis Tokura, as well as Mr David Manning and Joanne Clarkson was to establish the most neutral, qualified people to hold an acting position, to afford the opportunity to come down and look at the senior command that assist the commissions. They would each be afforded the opportunity to apply for the substantive position,” said Kramer.

“Unfortunately, in the time that I became Minister, all three senior positions – from the commissioner to the deputy – had expired by operation of law, not by a decision of myself as the minister or a decision made by NEC.”

Kramer said as per advice from the Attorney General’s office, former acting Commissioner, Gari Baki, and former deputies Jim Andrews and Raphael Huafolo, were notified of the expiration of their terms, as well as exceeding the compulsory retirement age of 60, as per the Police Act 1998.

The Minister further gave the assurance that the newly-appointed acting officers are not guaranteed a substantive position.