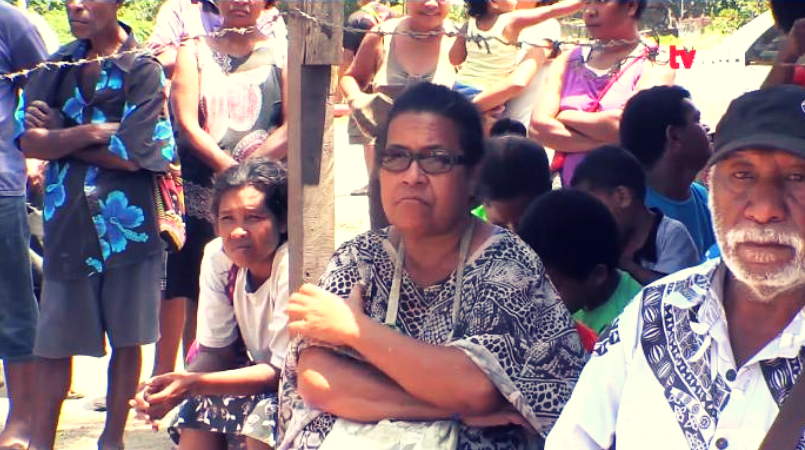 NCD City Manager, Bernard Kipit, has informed locals from Sabama, Kirakira and Mahuru that no one will be evicted along Gavamani Road as part of the ongoing road works carried out on Scratchley Road.

He said the development will only take place along the road reserve.

Locals however, claim this is not the direction they have received and that contractors have moved in and are surveying the area.

Locals gathered at Kirakira to air their grievances to the City Management over the lack of consultation on the proposed road development along Gavamani Road.

Behori Joku, who is at the centre of the issue, was told to move and make way for the road development. She has since taken court orders against the move.

“Do you think the NCDC and the Lands Department can make arrangements to formally acquire the place because I’m sure you don’t have document. If you do you would produce them,” she said.

Kipit says there is some confusion over the development, saying it only covers the road corridor along Scratchley and not Gavamani Road.

“The limit of the works only stops where the Sabama Market is.

“It’s not about taking your (Behori) property, I think it’s just a matter where we need to sort out in relation to the fencing boundary,” said Kipit.

However, locals said this is not the case as multiple people living along the road have been told of the coming eviction with surveys done in the area.

Kipit said he is not aware of this and will look into it.

Meanwhile, the locals have asked for a resolution so that all parties commit to undertakings to address the issue.

“Today’s meeting resolution is very important for those who have received eviction notices, that the assurance is they will not be removed, their properties not be bulldozed, and the survey that took place or you don’t know about but the pegs have been put be removed,” said Rueben Saka.

Gavamani Road has been reopened to the public.