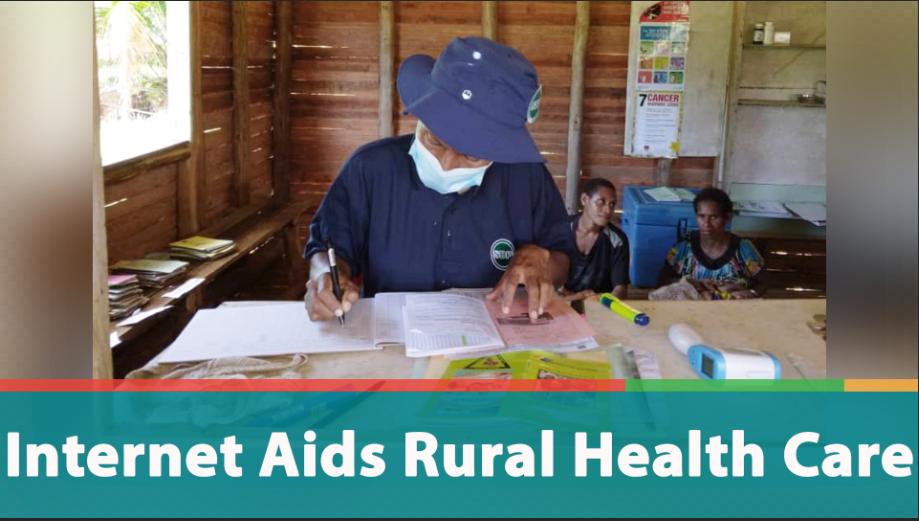 The PNG Sustainable Development Program Limited (PNGSDP) has collaborated with low-cost internet provider Kacific to connect 30 remote health facilities to satellite internet to give them access to specialist advice and care.

The SDP said prior to installing their satellite dish and internet connection, the villagers of Habi in Western Province had to walk three hours to Mougulu through the rough mountain terrain for medical help.

Often, they did not reach the health facility in time and the patient dies on the journey. The community leaders were incredibly thankful to be connected to high-speed satellite internet. To receive the satellite dish in the village, the community cooperated to build a new health facility in just one week.
Now, thanks to their internet connection, they can communicate with urban health centres or contact SDP’s Aerial Health Patrol staff for advice in medical emergencies.

The SDP completed the installation at Honinabi Aid Post in March, six days later the health workers used WhatsApp to share with SDP’s Aerial Health Patrol (AHP) manager an image of a 4-year-old girl, who was malnourished and anaemic.

“The manager sought the advice of AHP doctors in Australia who quickly classified the case as an emergency just from seeing the photos. A medical management plan was formulated and communicated to the Honinabi Aid Post health worker, who then provided the recommended care to the young patient. After two days, the health worker called back using the VSAT to inform the AHP team that the young girl was stable and recovering,” PNGSDP said in a statement.