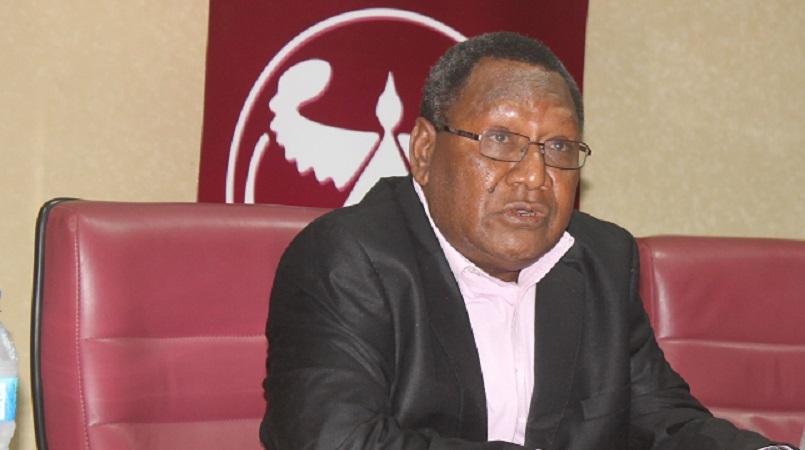 “The report did not accurately cover the performance of the PNG economy, as a number of serious errors were noted in the report,” Bakani stated in statement.

The six areas that the country’s central bank disagreed to, resulting in the delay of approving the release of IMF Report since October 2016 are, debt-to-GDP ratio, months of import cover, no breach of Article VIII, tax  clearance certificate, foreign exchange market and IMF visit staff report.

“The IMF mission decided not to use this GDP data and instead used old data which show this ration well above 30 per cent, implying a breach of the Act.

“This is a measure of sustainability of balance of payment of a country, and its capacity to absorb external shocks. The IMF reported an import cover of three months for 2015

“In breach of protocol and in an unprecedented manner, the head of the IMF Article IV mission brought alone Article VIII mission, without informing PNG authorities.

“The Tax Clearance Certificate (TCC) is a taxation matter required residents to obtain approval from the Internal Revenue Commission that they have no tax obligations before transacting funds overseas. For the first time the Mission defined TCC as a breach of Article VIII.

“The IMF mission calculated the depreciation of the Kina exchange rate from June 2014 when the Bank of PNG introduced the trading margin (to commercial bank). The IMF reported an import cover of three months for 2015, which they have not explained in the report.

“The Head of IMF Mission agreed to incorporate the comments by Bank of PNG in their report and the paper to the IMF Board, but the final report did not include that,” Bakani said.

BPNG Governor said IMF must include the BPNG’s view for the report to be accurate and balanced.

“The BPNG will consider the above issues and how they are covered in the IMF Article report, and advise the IMF if we consent for them to publish the report, This is expected to be done before the end of January 2017,” Bakani said.