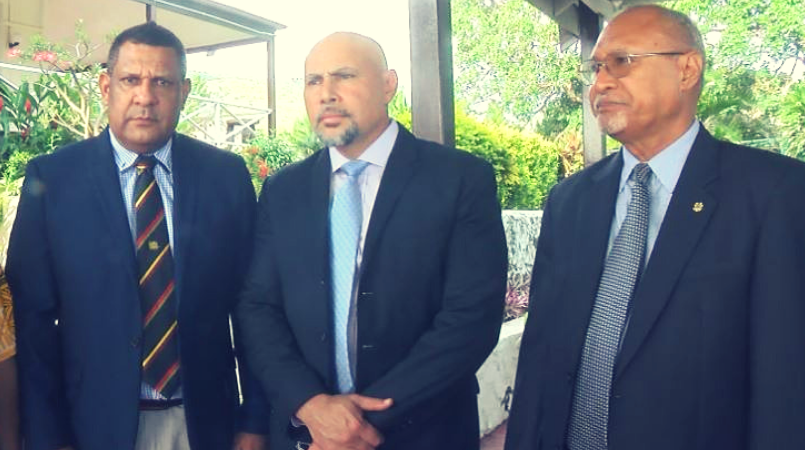 Following the announcement by Alotau MP, Charles Abel, of his resignation from the People’s National Congress Party, Ijivitari MP Richard Masere told the media he is also moving with Abel.

One day after the formation of the new government, another member of the People’s National Congress Party has resigned and will be joining the Our Development Party with party leader Sir Puka Temu.

“I will resign from PNC and support Charles to join up with Sir Puka. I think it is important that we continue to build on the relationship that we’ve started,” Masere said.

In response, Abel said: “He’s most welcome. I’m most pleased that you have come to join us and we’ll do our very best to do what we can within this new government to support your district, Ijivitari and Oro Province itself.

“And I think it’s only fair that we consider that every province must have representation in Cabinet.”

The party was co-founded in 2011 by Sir Puka Temu and Andy Kenemu, after the O'Neill Government ousted the Somare Government. At the time it had 25 sitting MPs.

In the 2017 elections, the party won two seats that are held by Francis Maneke and Temu, who later left the party during the parliamentary term.

On May 15, Abau MP Sir Puka Temu announced his resignation from the People’s National Congress Party and returned to Our Development Party.