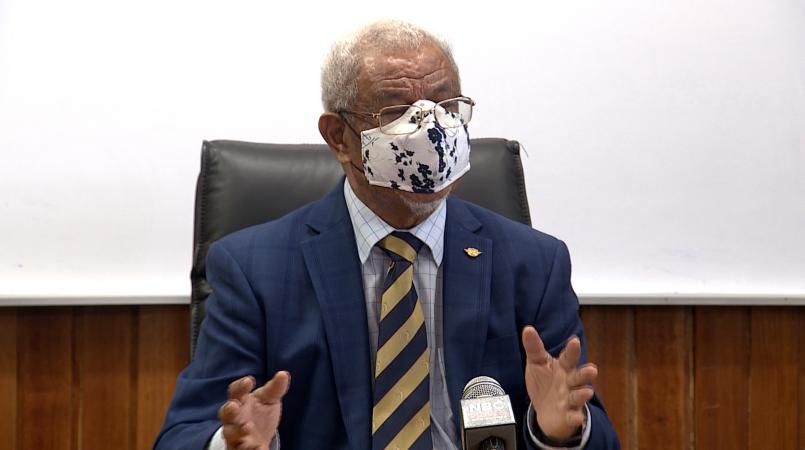 The Minister for Civil Aviation Lekwa Gure intends to have the plane crash incident, escalated to the National Security Council, because the flight into PNG had no prior acknowledgement of the PNG authorities.

In a press conference today, Minister Gure said the PNG Air Services Limited reported that the pilot had not filed a flight plan – in fact the surveillance system had not picked up the aircraft when it came into the PNG airspace.

The Minister said, “What this means is that the pilot turned off the transponder and the ADS-B equipment in the aircraft to avoid detection by radar. Where and when the equipment was turned off, is yet to be established.”

The Cessna 402 VH-TSI aircraft is an Australian registered aircraft.

It’s been alleged the point of departure was Mareeba Airstrip, in Cairns, in Far North Queensland, to an unregistered airstrip in Papa-Lealea village, Central Province.

Police in PNG also allege that the pilot, David John Cutmore, flew the twin-engine aircraft into PNG on Sunday 26th July, in an attempt to collect drugs.

The Minister said the very lack of information of the flight plan, and the discovery of an unregistered airstrip which the pilot had used, are enough to involve the National Security Council.

He said, “From this preliminary factual information, any sensible person can draw the conclusion that the flight was on a covert operation, but for what reason we do not know.”

At his court mention today, the accused was alleged to have transported across three television sets, three play stations with remote controls, three packages of cash money.

In exchange, the eight men who met him and received the cargo, helped him refuel, and then loaded the aircraft with 27 bags allegedly containing cocaine.

Minister Gure said authorities would not have known about the illegal entry, had the aircraft not crashed, activating its Emergency Locator Transmitter.

He stressed the incident highlighted concerns regarding PNG’s border and national security, and must be thoroughly investigated.