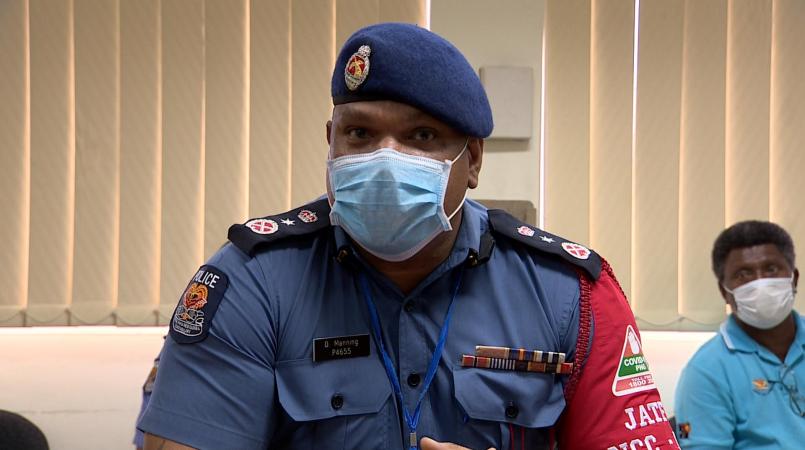 Four Papua New Guineans have been arrested over the recent major drug bust.

Yesterday evening, Commissioner of Police David Manning released more details to media, of the investigation that has been ongoing since the plane crash at Papa-Lealea a little over a week ago.

Manning said, “Police reconstructed the scene with his assistance and raised a number of search warrants. On 30th of July, we executed some of these search warrants at Sunset Lodge Papa-Lealea and arrested two suspects, being two PNG male nationals. Soon after we executed another search warrant on the Sanctuary Hotel, which we were unable to uncover any further evidence. On Friday the 31st of July, further enquiries were made, which led to the arrest of another suspect at Manu Autoport in the nation’s capital, which led us to a local lodge in the city, in which we were able to retrieve a large amount of Australian cash, TV screens which were evidence of items that were brought in on the plane. And this also led to the apprehension of another suspect. The first suspect at Manu Autoport had in his possession twenty thousand Australian dollars, the second suspect at the lodge also had with him the amount of Australian twenty thousand dollars as well.”

Manning said the suspects confessed to the location of the drugs which led Acting Deputy Commissioner Operations Donald Yamasombi and his team to bushland around South of Papa-Lealea where the drugs were located and were retrieved the same day.

“Further enquiries were made on the others in the syndicate are ongoing. This has been a result of a very lengthy and exhaustive investigative process. A lot of information has been shared across all jurisdictions. Without endangering the integrity of the investigation, we have evidence that suggests that there is a greater syndicate at play in the country and we will establish these in our leads.” Manning said.

“I can confirm that these drugs were imported for the purpose of transporting them to the Australian market. As to the source of where the drugs came from is still subject to investigation. We should have answers for you in the next couple of days.”

The plane remains at the crash site.

Manning said it is crime scene as police investigations continue, including that of the PNG Accident Investigation Commission.