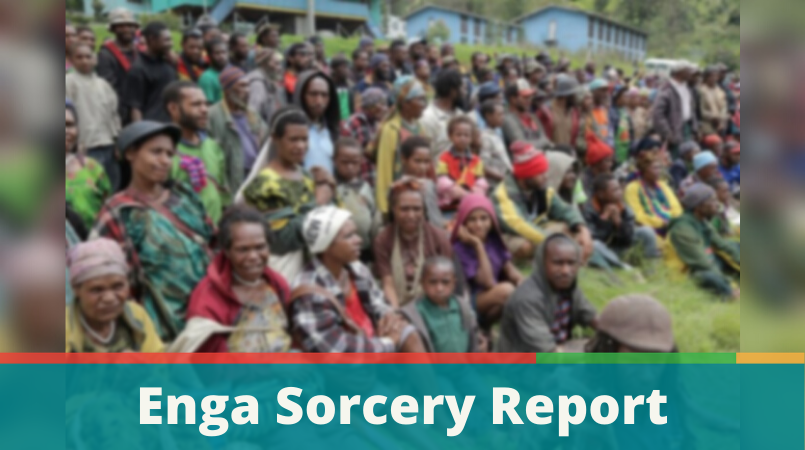 Papua New Guinea communities to have enforceable laws prohibiting accusations relating to cases of sorcery, according to a publication released by PNG NRI.

The study, based on research in the Enga Province, found that police and magistrates intervene only in a few of the cases. It was usually a local leader or a pastor or religious figure that intervenes.

“When mediation is unsuccessful and violence ensues, it is most often a pastor or a religious figure, village leader or immediate family member who intervene to try to stop the violence,” states PNG NRI Issues Paper No.37 on Sorcery accusation-related violence (SARV) in Enga Province.

“It is notable that even when local leaders intervene, they most likely use legalistic arguments that there is no proof of sorcery in that case, or argue that violence is against the law,” the report stated.

The report also delves into the origins of SARV in the province, highlighting that up until as recently as 10 years ago, the idea of witches or ‘sanguma’ in the province were considered a foreign concept.

Research conducted over four years documented 179 incidents of accusation involving 307 accusations, 79 of these accusations developed into violence which resulted in the deaths of 37 people.

The data also revealed that the majority of the accused were women, with only 22 males out of 307 accused. More than half of the accused women were over 40 and those accused tend not to have had formal education, but the majority are not poor, being of the same economic status as the rest of the community.

The report also stated that significantly, for more than half of those accused had already been accused of sorcery before and were likely watched, and accused of sorcery when misfortune struck in the community. It was also highlighted that the children of accused women were vulnerable to violence themselves and this needs to be taken into account in any attempt to address this issue by authorities.

Furthermore, the report encouraged the inclusion of secondary victims of SARV such as children who have lost parents, those who have lost property or those who have to live with the stigma of being associated with sorcery or witchcraft as a result of their relationship with an accused, should not be overlooked in understanding and responding to the trauma of SARV.