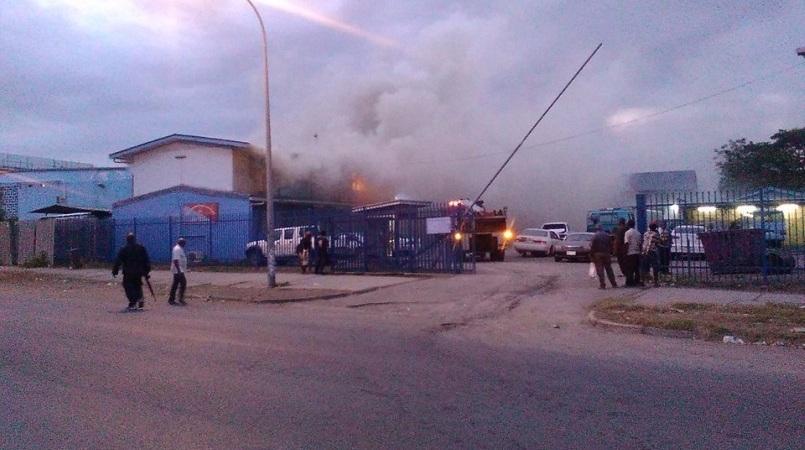 An arson case against a former admin clerk who allegedly set fire to the NCD/Central Commander’s office on October 5 last year has been committed to the National Court for trial.

Agnes Jimu and her husband Charles Andrew Epei are facing charges of arson, stealing and conspiring to defraud the state.

The Waigani Committal Court today ruled it had prima facie or sufficient evidence to put their case to the National Court to stand trial.

Magistrate Mekeo Gauli ordered their committal after they chose to remain silent in relation to their section 96 statement, after he gave his ruling on the sufficiency of evidence.

Both accused are expected to appear in the National Court on August 6.

There was evidence before the Court that Jimu, who was the administrative clerk, torched Sylvester Kalaut’s office on the evening of 5 October last year, using two containers of petrol she had brought in the previous day.

She admitted in her record of interview with police that she had taken K46,500 cash from the safe in the office. The money was recovered from her house the same night of the fire.

That money was part of the K184,000 cash that was confiscated from the NCD Regional Election Manager, Terence Hetinu, during the election period last year.

Some of the money was destroyed in the fire because the safe was open.

Jimu’s husband and co-accused had K1,200 cash on him when arrested by police the same night.

It was part of the money he carried with him to the hospital earlier that night in a black bag when he took his wife there to be treated for burns she sustained from the fire.

Epei chose to remain silent during the record of interview with police last year.