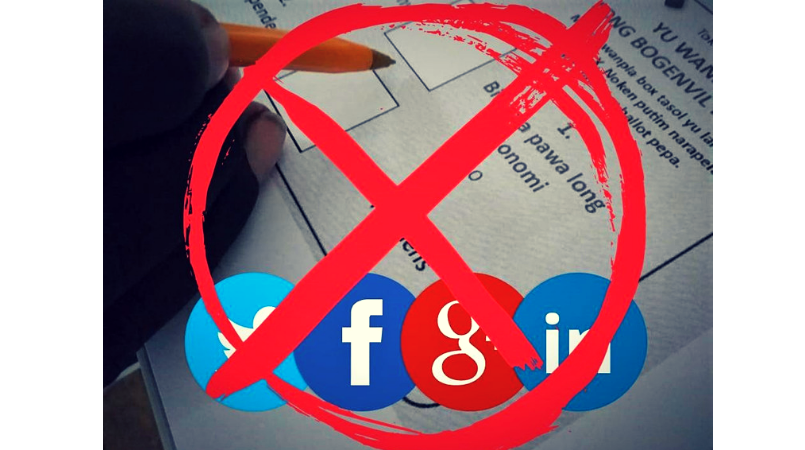 The BRC has called on voters not to take photos of their marked ballot paper and post on Facebook.

Chief Referendum Officer, Mauricio Claudio, said the practice both identified the voter and their vote – both of which undermined the secrecy of the referendum process.

“We understand that the people of Bougainville have waited patiently for two decades to vote, and that they are excited to finally have their say through this democratic, internationally recognised process.

“However, international good practice includes not identifying voters and their choice to the world through social media. The Organic Law also compels the BRC to not count any ballot papers if officers can identify who marked them and I am sure that these keen voters would be appalled to put their vote in jeopardy by a selfie.”

The Chief Referendum Officer clarified that while there is no specific law covering the sharing of people’s marked ballots on Facebook, it was clearly not something that supported a credible process.

“The BRC is doing everything in this referendum by the book, following the laws and international good practice,” Claudio said.

“We have been appointed by the two governments to conduct an independent, credible process, and this includes maintaining the secrecy of the vote so that the final result is respected by all parties: voters, the two governments and the international community.

“The Commission appreciates the outstanding community conduct so far. People have come out to vote and they have shown great respect for everyone’s right to vote without intimidation, fear or favour.

“We’re delighted that people are taking ownership of the referendum and the referendum continues to be a positive contribution to the overall peace process,” Claudio said.