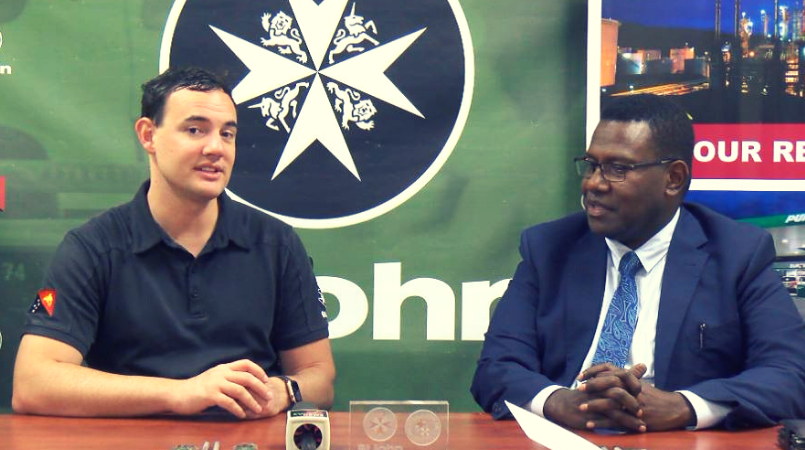 St John Ambulance will continue to effectively reach those in need of its services in NCD and Central Province, at any time of the day or night.

This has been made possible with PUMA Energy’s contract renewal for a further two years.

St John ambulances travel an average of 300,000km every year to attend to emergencies in some of the remotest parts of Central Province.

PUMA Energy says they were thrilled to have helped St John respond to over 10,000 incidents in the last 12 months since signing their agreement.

Hence they have decided to renew their support commitment contract for a further two years.

“And it’s more fitting for us to basically be channeling that towards this particular cause. And it’s part of our progress as well in terms of being able to continue to energise communities, which is pretty much our tag line now.

“And also being able to continue enriching the disadvantaged communities that are able to be tapped into, especially through the use of St John’s.”

St John Ambulance CEO, Matthew Cannon, said this support will make a huge difference for their team as they race to save those who are sick or are in distress.

“Every day, people see our ambulances around the city, around Port Moresby, NCD, Central Province, responding to all sorts of emergencies at all sorts of hours and times of the day,” stated Cannon.

“Being able to have a reliable fuel source, having the support and the sponsorship that you’re giving us, with the heavily discounted fuel that we use every day, makes a difference to what the guys and the girls can do on the frontline.”

Meantime, Cannon said they are hoping to establish their presence in the provinces of East New Britain and Morobe in the coming months.

St John Ambulance is a statutory incorporation in PNG. St John has two key functions; firstly to operate the public emergency ambulance and referral service for the Government of PNG, and secondly, its commercial ‘social enterprise’ arm generates income for the ambulance service by providing world-renowned medical services for corporate, industrial, mining, extraction and not-for-profit organisations and first aid training.