How Covid-19 is affecting your dreams 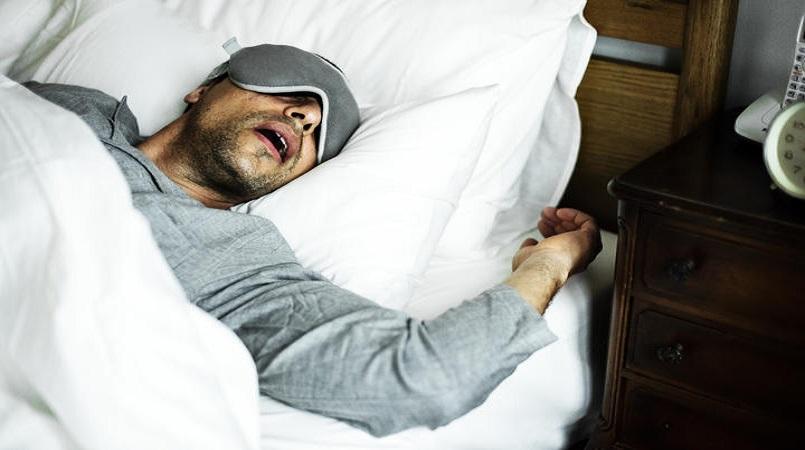 Feel as though you've been dreaming a lot more recently?

And have those dreams felt more vivid than usual? You are certainly not alone if you have been.

Many people are reporting unusually vivid dreams during the Covid-19 pandemic and lockdown.

Professor Mark Blagrove is a psychologist and sleep and dream researcher at Swansea University.

He told Jim Mora on Sunday Morning that people are more likely to remember their dreams because they have abandoned their alarm clocks during quarantine.

Most dreams occur during periods of rapid eye movement or REM which indicate a very deep sleep.

Prof Blagrove said people have quite short periods of REM sleep at the start of the night, but they increase in duration later in the night and moving towards the morning.

"So we sleep longer, we have a longer REM sleep period near the end of the night that gets longer and longer, it can be as long as 40 minutes and you can have a very long dream because of that."

He said longer periods of REM sleep make it more likely that you will wake up in the middle of one and then remember the dream.

Prof Blagrove said usually people have to get up straight away once the alarm goes off, but that's not always the case at the moment.

"Under current circumstances for a lot of people, they can just lie there in bed and think about it and play the dream over to themselves so that they remember it properly."

He said dreaming has the interesting characteristic "of honing in on our emotions and depicting what's important to us".

People seem to be experiencing more vivid dreams during the coronavirus crisis, he said.

"That would be expected that if people are having a more emotional life in waking life, whether it's more positive emotions or more negative emotions that that can feed through to people's dreams."

A YouGov study in America that was done a few weeks ago indicated that a third of people are reporting dreaming more, he said.

"Some people having worrying anxious dreams, and other ones are having ones that are a bit more joyful," he said.

Prof Blagrove said it depends on people's lockdown circumstances - for some people they could be quite dire, where as for others it may be an opportunity to spend more time with the ones they love.

He said there will be many reasons for personal anxieties during the Covid-19 pandemic.

"And it has led to dreaming being more in the news than it had been, yes it's a possibly good side effect of something that's really awful, but on the other side this could actually be part of a healing side that people are doing to help them get through it."