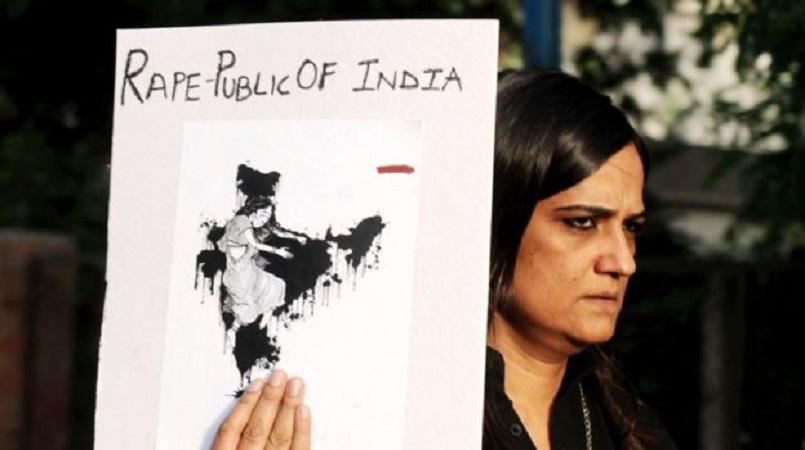 Three men have been jailed for life for the rape, torture and murder of an eight-year-old Muslim girl in Indian-administered Kashmir.

Three police officers were found guilty of destroying evidence and sentenced to five years in prison.

The victim, who belonged to a Muslim nomadic tribe, was found in a forest near Kathua city in January 2018.

The case sparked widespread anger and made headlines when Hindu right-wing groups protested over the men's arrest.

Eight people, including a former government official, four policemen and a minor, were charged in connection with the crime. One of them has been acquitted and the minor is set to be tried separately.

All of them had pleaded not guilty to the charges against them.

The case became one among many high-profile ones that prompted India to pass a new law which introduced death penalty for anyone convicted of raping a child under 12.

But it is still left to the judge's discretion to decide whether or not to hand out a death sentence.

The eight-year-old girl went missing in the new year of 2018 and her battered body was discovered almost three weeks later.

According to investigators, the child was confined to a local temple for several days and given sedatives that kept her unconscious. The charge sheet alleged that she was "raped for days, tortured and then finally murdered".

They added that the child was targeted because the men wished to terrorise the tribe - known as Gujjars - into leaving.

A child is sexually abused every 15 minutes in India, according to government crime figures up to 2016, and there has been a steady rise in offences against children.

The BBC's Geeta Pandey in Delhi says India is home to the largest number of sexually abused children in the world, but there is a reluctance to talk about the topic so the real number of cases could be much higher.