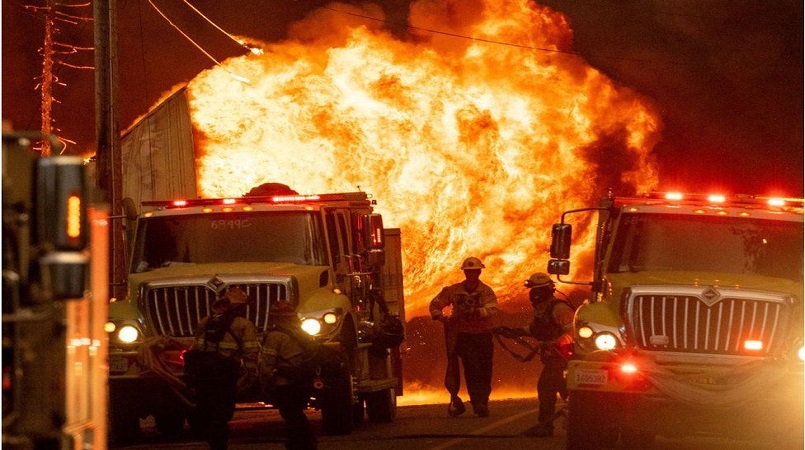 The largest wildfire currently burning in California, known as the Dixie Fire, has destroyed nearly all of the historic Gold Rush town of Greenville.

The estimated 800 residents of the northern California community were told to evacuate before the blaze tore through the downtown area.

Officials say some people may not have heeded the order to leave. There have been no reports of deaths or injuries.

The three-week old Dixie Fire is now the eighth largest in state history.

Pictures from the scene show tall trees that have caught on fire, and structures that have been scorched and hollowed out by flames.

One photographer tweeted a photo of a metal light pole that had melted due to the intense heat.

Firefighters had been working for days to fight back the blaze. But on Wednesday night, it broke through the line and swept into the downtown area.

The fire now covers around 322,000 square acres, and was only 35% contained as of Thursday morning. Dozens of structures, including homes, have been burned.

Climate change increases the risk of the hot, dry weather that is likely to fuel wildfires.

The world has already warmed by about 1.2C since the industrial era began and temperatures will keep rising unless governments around the world make steep cuts to emissions.