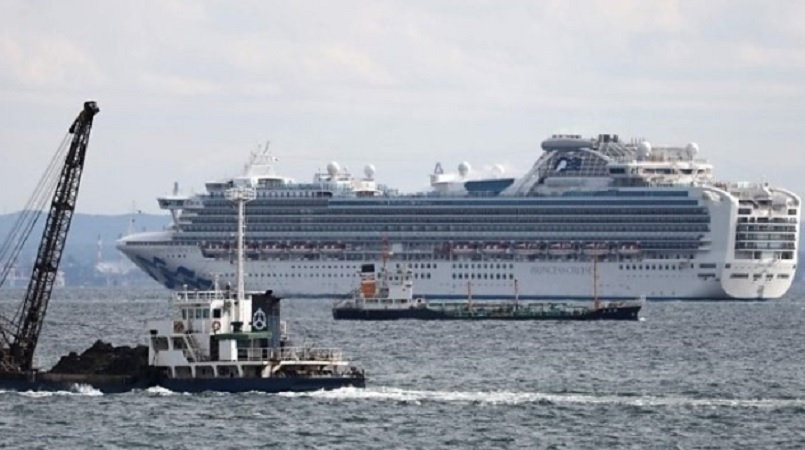 Another 41 people on a cruise ship off the coast of Japan have tested positive for the new coronavirus - bringing the total to 61.

Some 3,700 people are on board the Diamond Princess, which is quarantined in Yokohama for at least two weeks.

The checks began after an 80-year-old Hong Kong man who had been on the ship last month fell ill with the virus.

He boarded the cruise ship in Yokohama on 20 January and disembarked in Hong Kong on 25 January.

A separate cruise ship - the World Dream - has been quarantined in Hong Kong after eight former passengers caught the virus.

It has around 3,600 people on board, but none have tested positive so far.