Members must deliver to ensure real change for their people 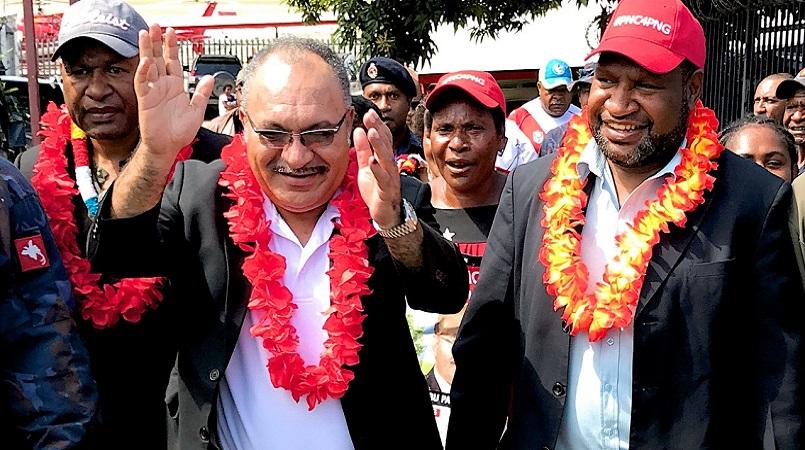 Peter O’Neill says that the Members of the new Parliament must learn from the failures of those who are being voted out of office, and deliver real development for their people in this term of Parliament.

Returning to Port Moresby from his district on Sunday, the incumbent Prime Minister and newly elected member for Ialibu-Pangia said the voices of the nation have been loud and clear in this election, particularly in his district.

When asked why his support continues to grow, O’Neill says that the answer is simple and revolves around delivering on promises and building the genuine respect of the people.

“You have to deliver development for your district, and if a member fails in this basic responsibility, they will not be returned,” the Prime Minister said arriving in Port Moresby.

“Respect works two ways between the Member and their people.

“If you fail your people you lose their respect, but when you deliver on your promises the people respect this and support increases.

“In Ialibu-Pangia we have delivered change and now our people have asked me to represent them for another five years.

"The opportunity is there for every Member of Parliament, to work with local administrations and the National Government, to use their DSIP or PSIP and to deliver real change.

“The 2017 election is the chance for a new start in districts and provinces where their members have ignored the people.

“In August a new Government will form, it will be different from the past five years in that we will not accept Members who are self-serving and who are just interested in playing politics”.