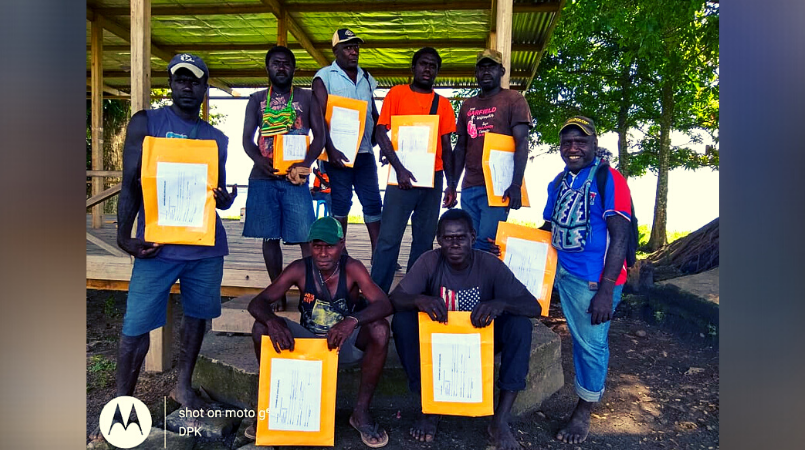 The Office of the Bougainville Electoral Commissioner (OBEC) has launched its public display of the preliminary roll in Bougainville.

While making the announcement this morning, Bougainville Electoral Commissioner, George Manu, said roll display is the final phase of roll development that needs to be done before the compilation and certification of the final electoral roll that will be used during polling.

“I want to announce today that roll display is currently underway in Bougainville, especially in South and Central, with North to commence roll display this coming Wednesday,” Manu stated.

“Roll display will take three days so eligible voters in South and Central have until this coming Wednesday to go and check their names or to correct their details while for North, the display will start on Wednesday and end on Friday.”

The roll display will be facilitated by the ward recorders of respective wards in Bougainville. Apart from the ward recorders, the preliminary roll will also be displayed at the three OBEC regional offices in Buka, Arawa and Buin.

Manu then stressed that this was the final phase towards the compilation of the final electoral roll therefore it was very important that voters should check their names on the preliminary roll.

This exercise is being facilitated with assistance from the PNG Electoral Commission through its provincial electoral offices.

“The display will be done at the PNGEC offices in these provinces. After the display, we will also be conducting polling in these six provinces.”

When commenting on the selection of these six provinces, Commissioner Manu said this was based on the funding availability.

“I understand that people have been raising complaints on why we are not able to do roll display and polling in many other provinces, similar to what the Bougainville Referendum Commission had done in the referendum. The reason is very simple. We do not have enough funds to do so.

“If we had enough funds, then we could also do the display and also conduct polling in all the 21 provinces in the country.”

Manu further added that the selection of these provinces was based on the total eligible voters that enrolled and voted in the referendum.

“We had more Bougainvilleans there than in the other provinces that is why we selected these six provinces.”

Apart from the roll display, OBEC has also commenced its face to face awareness throughout Bougainville.

The main messages that will be delivered during the awareness sessions are on the importance of this election, the voting system to be used, leadership qualities and other relevant information on polling and counting.

(Pictured are some of the ward recorders from Wakunai district in Central Bougainville, all geared up for the roll display in their respective wards)