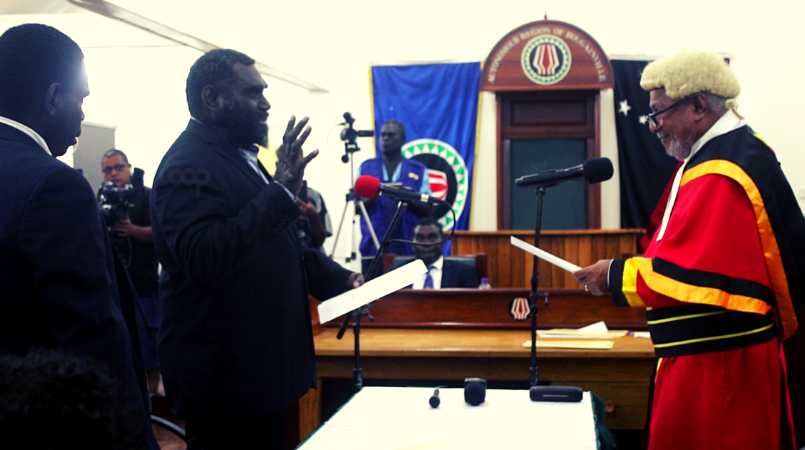 Bougainville’s caretaker government was sworn in at the House of Representatives today by Justice Sir Kina Bona.

The House of Representatives chamber was filled with members-elect and key development partners who witnessed the MPs’ declarations of loyalty to Bougainville, to PNG and to the office they hold.

After the ceremony, President Toroama announced his caretaker government in accordance with Section 82 of the Bougainville Constitution.

Under the caretaker government, the president’s portfolio involves being the Minister responsible for planning and inter-government relations, minerals and energy resources, post referendum and consultation, finance and treasury and police, Correctional Services and justice.

Kaetavara will oversee the ministries of education, health, community government and community development.

“My caretaker government, within the 14 days, will aim to implement relevant policies and directives towards the preparations of a more permanent government,” stated Toroama.

He said ongoing consultations with the PNG Government, key development partners and the ABG public service are also on the agenda.

(President Ishmael Toroama being sworn in)