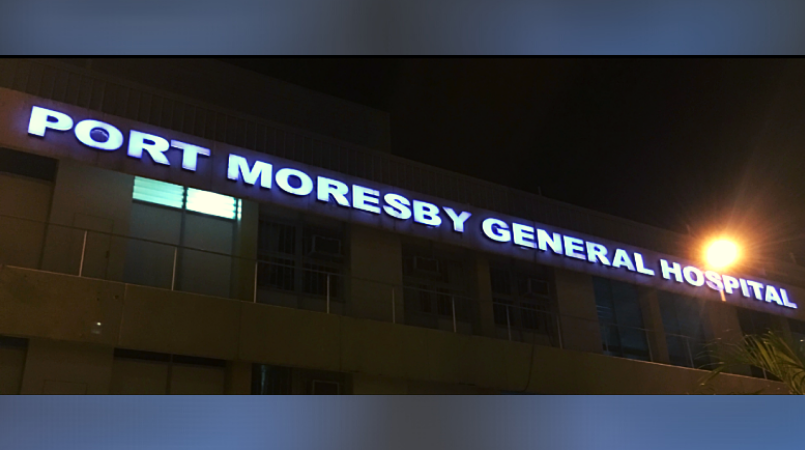 “As I write, earlier hopes that Papua New Guinea (PNG) would avoid a serious COVID-19 outbreak have diminished,” says by Michelle Nayahamui Rooney, a Research Fellow at the Development Policy Centre.

“With 110 positive cases as of 2 August, and two recorded deaths, fears are growing that these numbers will continue to grow exponentially in the coming weeks.

“Most of the cases are concentrated in PNG’s largest and most populous city, Port Moresby, where the purpose-built COVID-19 complex has 72 beds. There are serious concerns that the city will not be able to handle more cases.

“The government has announced that a curfew will be imposed, and mask-wearing became compulsory from 29 July. The Port Moresby General Hospital has made a public appeal for the most basic of items to equip it to handle an increase in cases, while the authorities in Port Moresby are looking at options for more isolation units.

“To make matters worse, there are now positive cases recorded in Lae, PNG’s second-largest urban centre. These latest developments do not augur well for PNG. If the virus does take hold in Lae, it will rapidly flow from Lae up the Highlands highway to the populous Highlands region and northern coastal urban centre of Madang.

“Following the declaration of the global COVID-19 pandemic by the World Health Organization in March, the PNG government acted swiftly to close its international borders and declare a national state of emergency. The closure of borders, a lockdown and restricted domestic travel has contained the spread of the virus up till now.

“The government announced a K5.6 billion economic stimulus package and interventions by the Bank of PNG, and secured a US$366.6 million bailout from the International Monetary Fund. In June, it passed the National Pandemic Act to give it the legal basis for continued COVID-19 responses.

“PNG’s development partners have also stepped up their game with many redirecting their aid in support of the government’s COVID-19 response. But the conversation about increasing development aid to PNG at this time needs further reflection.

“The largest pool of funds in PNG’s development aid envelope comes from the Australian government. Australian aid funds are provided to PNG through a number of channels such as private development companies, multilateral agencies like the UN, and NGOs. According to this brief, the Australian government reprioritised over K47 million from its existing aid envelope towards supporting PNG’s COVID-19 response. In late July, Australia announced that it is sending an Australian Medical Assistance Team of medical experts to Port Moresby. Australia has not, however, increased its total aid to PNG,” said Rooney.

“But Australia is spending a lot more on defence in PNG. During the 2018 APEC meeting, an agreement was reached between PNG, Australia and the United States to redevelop the Lombrum Naval Base on Manus Island. In March 2020, the Australian government tendered for the Lombrum Infrastructure Project valued at between $130 and $175 million. According to the Australian Defence Department, the redevelopment has already started.

“The redevelopment and associated agreement appear to be controversial at both the national and local level in PNG (here, here, and here). Whether or not this naval base project was justified earlier, surely it should be rethought now. Port Moresby and the rest of PNG need urgent help.

“Australia’s prioritisation of defence over diplomacy and development is not confined to PNG. On 1 July, the Australian Prime Minister announced a $275 billion defence strategy over the next ten years, on the grounds that Australia needs to “prepare for a post-COVID world that is poorer, that is more dangerous, and that is more disorderly”. Australia’s defence spending is heading for its highest level relative to GDP since 1971. Meanwhile, in July, it was reported that the Australian government will slash 60 positions from the Department of Foreign Affairs and Trade. The same report also notes that two of these positions are in the Australian High Commission in PNG.

“There is a particular irony that the naval base is on Manus, which was also host to Australia’s infamous offshore detention centre known as the Regional Processing Centre (RPC). The sad truth is that Australia’s emphasis on its national security and border policies, like the RPC, has meant large budgetary allocations to further its security and strategic interests in PNG. But important lessons can be learnt from the experiences of the RPC, which had deep implications for the bilateral relationship. For example, Australia’s offshore detention centre regime undermined democracy and good governance in PNG. At another level, it had negative social impacts on the Manus community, not to mention the much more publicised impacts on asylum seekers and refugees.

“One legacy of the infamous multibillion dollar Australian offshore detention policy is the detention centre complex at Bomana on the outskirts of Port Moresby. In March, the local media in PNG reported that there were some talks about the centre being repurposed as a quarantine centre for COVID-19. In view of the unfolding pandemic, and the need to continue reprioritising resources, it will be interesting to see if this conversation is picked up again. After all, it is substantial, completed, and expensive infrastructure.

“PNG is entering a dangerous time in its fight against COVID-19. The coming weeks and months will test the government’s resolve and capacity as it faces a dangerous combination of COVID-19, growing distrust from its citizens and widespread misinformation which will undermine any response. Accountability and transparency will be key.

“As for Australia, given the unfolding COVID-19 pandemic in PNG, it needs to realign its perception of danger with the current COVID-19 reality and priorities in its nearest neighbour. Australia should understand that greater support for PNG’s COVID-19 responses will also address its geopolitical concerns. One way that Australia can make a big difference in this regard is to reprioritise some of the resources allocated to the naval base on Manus towards the COVID-19 response in Port Moresby.”

Article by Michelle Rooney, a Research Fellow at the Development Policy Centre, working for their partnership with the University of Papua New Guinea. She holds a PhD and a Bachelor of Economics (Honours) from ANU, and a Masters of Arts in Development Economics from University of Sussex, UK.

This article appeared first on Devpolicy Blog (devpolicy.org), from the Development Policy Centre at The Australian National University. It is part of the #COVID-19 and the Pacific series.