One active COVID-19 case in Kiunga 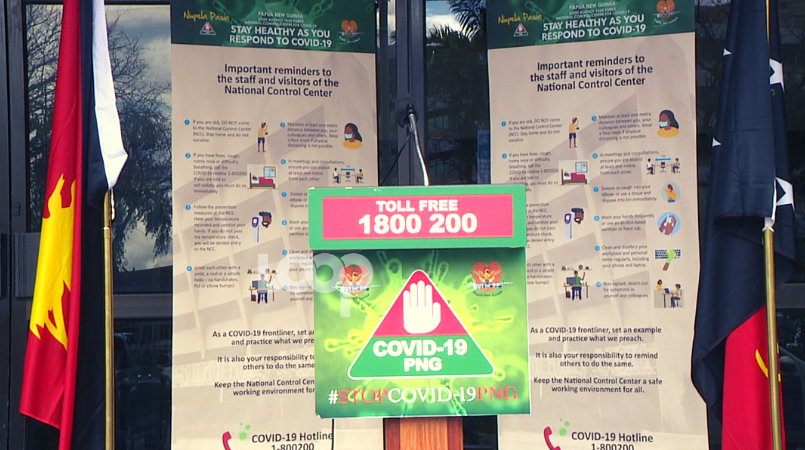 Kiunga, in Western Province, now has an active COVID-19 case.

This will be the fourth case in the province, with three others announced earlier on April 16th.

This was the latest report received from the National Control Centre (NCC) yesterday evening.

Another two persons from NCD are part of the three positive COVID-19 cases in the latest GeneXpert testing in the country.

Contact tracing for the Kiunga patient is continuing. The individual has been moved to the designated isolation area for close monitoring while contact tracing and screening of his immediate family and other close contacts is being carried out.

The NCD Surveillance Team are in contact with the three cases in Port Moresby – another reported earlier – as of Tuesday night and will be isolating and conducting contact tracing of their contacts.

Controller of the National Pandemic Response, David Manning, said: “There is community transmission in the NCD and we all have to support the Government’s efforts to contain the spread of the virus in the city.

“We have seen very close friends and contacts tested positive for the virus. This indicates that community engagement and education is critical and is being scaled up to educate the communities.

“We have also detected clusters within the Port Moresby General Hospital and the Central Public Health Laboratory as a result of our advocates not adhering to the standard infection control practices and not wearing the correct personal protective equipment for the right type of job in these health facilities.”

To date, there have been a total of 114 confirmed cases of COVID-19 with 2 deaths, 40 released from isolation and 62 active cases.

Of those cases, 16 are health workers including laboratory scientists, medical doctors, ward clerks, nurses and medical students. The rest include government workers, students and inpatients of the Port Moresby General Hospital.

The National Capital District, with the highest number of positive cases, has increased testing sites for the city residents at the urban clinics and in communities throughout the city.

“This is just one of the many strategies taken by the government in consultation with the health department, development partners and the NCD Provincial Authority to identity, isolate and control the spread of the virus in the city,” stated Manning.

“Other strategies proposed by the COVID-19 Health Advisory Committee and agreed by stakeholders will further strengthen the government’s effort to mitigate the risks of infection and transmission in NCD.