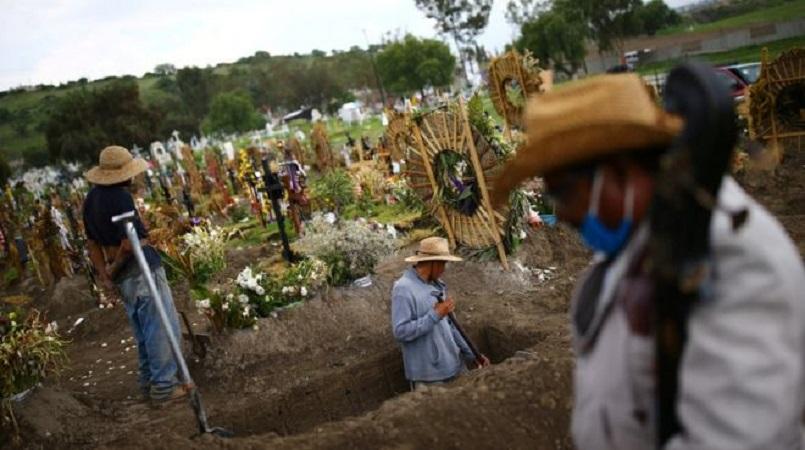 Mexico has become the country with the third highest death toll with coronavirus, with only the US and Brazil recording greater numbers.

Previously the United Kingdom had the third highest toll, and registered 46,204 deaths as of Friday.

The World Health Organization (WHO) has warned the effects of the pandemic will be felt "for decades to come".

In Mexico, local authorities have previously said they believe the real number of infections is likely to be significantly higher than those reported.

President Andrés Manuel López Obrador is eager to restart the country's flagging economy. His government announced a phased plan to lift restrictions in May.

In Mexico City, the capital, hundreds of thousands of factory workers returned to their jobs in mid-June. Some non-essential businesses were then allowed to reopen at the start of July in the city, the epicentre of the country's epidemic.

But critics say Mr Obrador was slow to impose lockdown measures and has lifted them too quickly. Most of the Mexican economy stopped on 23 March but some industries that were declared key to the functioning of the nation and were exempt from the restrictions.

On Friday ten state governors chastised the government's handling of the outbreak and called for the resignation of Assistant Health Secretary Hugo López-Gatell - an epidemiologist and Mexico's coronavirus tsar.