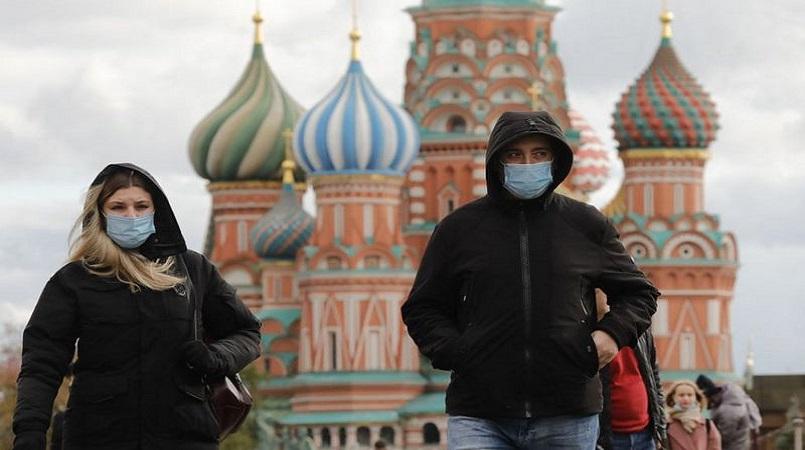 Europe's daily Covid deaths rose by nearly 40% compared with the previous week, the World Health Organization (WHO) has told the BBC.

WHO spokeswoman Dr Margaret Harris said France, Spain, the UK, the Netherlands and Russia accounted for the majority of cases which increased by a third.

"The concern... is that intensive care units in hospitals are now beginning to fill with very ill people," she warned.

There has been a sharp increase in Italy too, with 221 fatalities announced in the past 24 hours. The total number of fatalities in Austria went above 1,000 on Tuesday.

Russia has the world's fourth highest number of Covid-19 cases after the US, India and Brazil. It recorded another 16,550 infections on Tuesday alone and authorities have now made the wearing of face masks compulsory in all crowded places.

While infections surged in Italy too, to almost 22,000 in the past 24 hours, officials said testing had also been ramped up. Protests took place in towns and cities across Italy on Monday evening against a new round of restrictions.