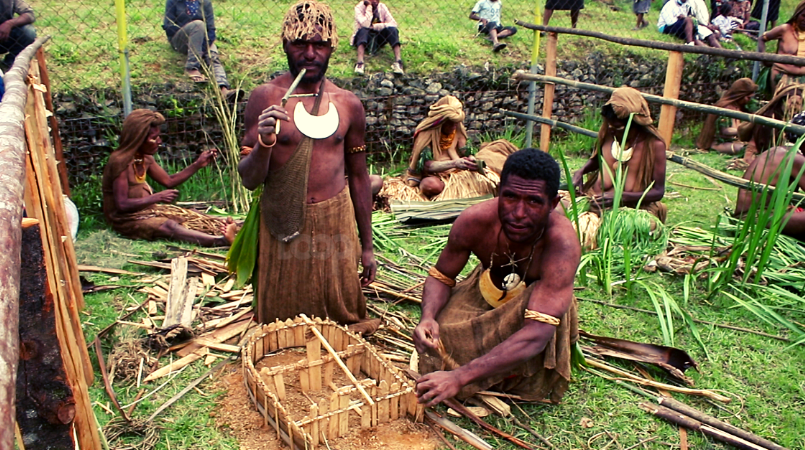 Though Enga is yet to register a COVID-19 case, the effects of the pandemic were visible during its recent cultural show.

Less than half of the singsing groups performed in an event that normally attracts a large number of international tourists.

The Enga Cultural Show, normally scheduled for August every year, was deferred a number of times until Friday October 2nd, where it was held in honour of Enga Day.

Speaking during the second day of the show on Saturday, the chairwoman of the show’s committee, Margaret Potane, said they normally get up to 65 cultural groups however, due to COVID-19 protocol, the number had to be reduced.

“We had to cut it down and today it’s 30 – seven from the schools which participated yesterday. Friday is always a school day. The show is for the kids; we want to preserve our culture and tradition, that’s why we host the show so we make Friday the children’s day.

“So we had about seven groups yesterday and now you can see 23. A total of 30 singsing groups.”

Potane said they had operated on a first-come-first-serve basis. Apart from that, she had not expected such a large turnout considering the number of times the show had to be postponed.

“I am overwhelmed by the attendance; for the participants and even by the public. We couldn’t allow them in according to the WHO protocol standards so we had to control the ticket to make the number that is required in this arena, that’s why you can see that it’s half full.”

Potane said they had assumed only Engans would attend the event, considering the national and international restrictions. However, they were pleasantly surprised when residents of other provinces added numbers to the show.

“Because of COVID-19, our boundary was closed off but I would like to thank those Papua New Guineans who became our national tourists and I will give them the champion title because despite COVID-19, they broke barriers and came to the Enga show. I salute them for that and give my heartfelt thank you to them.”

Potane said their attendance also aligns with the show’s theme, which is “Lukim Ples Pastem”.

Over 4,600 people entered the Aipus rugby league grounds during the two-day event to experience Enga’s untouched culture as well as witness ancient rituals in the form of its traditional salt makers, hut builders and stone-axe makers.

The Enga show committee hopes to see things get back to normal for the 2021 show.