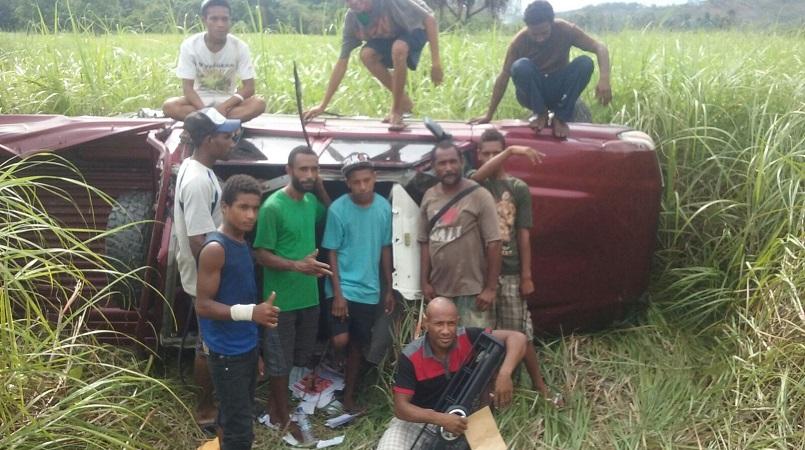 ​Two people died instantly and two others sustained serious injuries in what police say was an alcohol related accident on the Magi Highway in the Central Province today.

Witnesses told LOOP PNG, the deceased, a male and a female were thrown off the back of the maroon land cruiser at different times when the driver lost control at a dangerous bend near Manugoro village, causing the car to slip and roll twice down a slope.

"The female was thrown in the first flip. She died instantly when her head hit a rock," witnesses said.

"The male was tossed onto the bitumen road in the second flip and died instantly."

There were six people in the car, three females and three males, all from the Highlands.

The group was driving back to Port Moresby when the incident happened.

Ironically, they were traveling at high speed and trying to overtake a police car at a bend when the driver lost control and plunged into the slope.

The police car behind them stopped and freed the four passengers trapped in the cabin and rushed the two injured females to hospital.

The male driver and his male off-sider were arrested and brought in to the city as well.

Police and eye witness accounts claim all six were intoxicated.