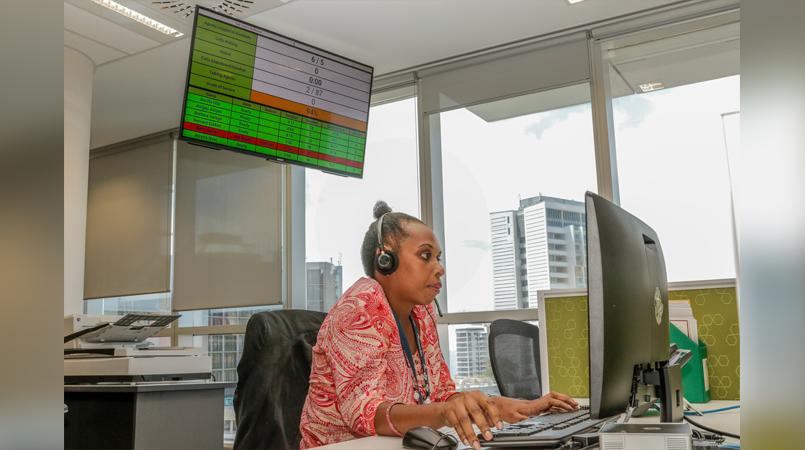 Members of Nambawan Super Limited are now able to be updated consistently, and in real time, on various service requests and queries raised to the superannuation fund.

This is the result of the introduction of a centralised communication hub or ‘Unified Call Centre’ which is believed, exceeds international benchmarks.

Chief Manager of Member Services, Charlie Gilichibi, made the announcement yesterday in Port Moresby, saying members and stakeholders can now get prompt responses in a standard manner and in real time.

“Members will no longer need to call the branches because there are different responses and different service levels provided. Everything comes to the head office, we’ve got a digital workflow system, and a digital member record system where everything is monitored and tracked so we can give you the service level that we promise you,” said Gilichibi.

The idea was spearheaded over the last three months by head of Project management Office & Information Technology, Presley Semi.

He said the initiative was the firm’s strategy in the medium term to implementing IT-based ingenuities to better serve members.

“This is one of the many technology-based initiatives that we will be rolling out for our members in the next 12 to 18 months, so these are exciting times for the members,” said Semi.

Previously the institution had three different numbers to cater for members on the different major networks in the country.

With the Unified Call Centre, only 1599 is called but is localised to each network operator without incurring interconnection costs to switch between networks.