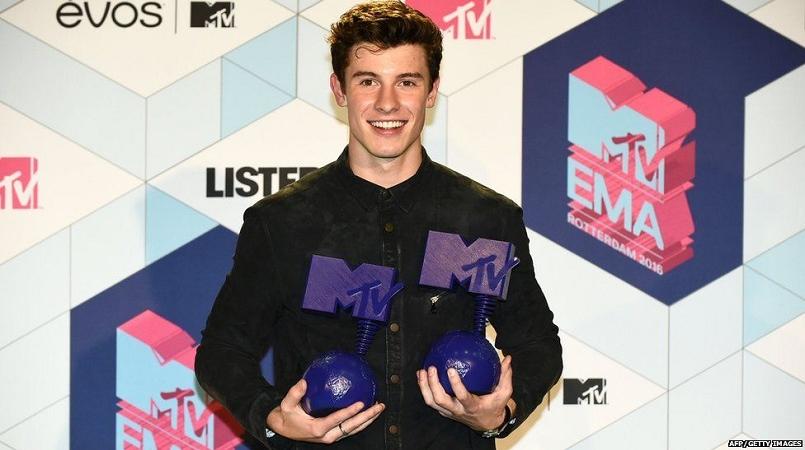 The Canadian singer, who wasn't at the show in the Netherlands, beat Adele to best song for his track Sorry.

Justin Bieber also picked up the biggest fans' title - the third year in a row he's collected it - after a vote on Twitter and Instagram and won in the best Canadian act category.

The ceremony in Rotterdam paid tribute to Prince with purple trophies.

The star died aged 57 in April after being found collapsed in a lift at his home in Minnesota.

Justin Bieber didn't have it all his own way though.

Shawn Mendes beat him in the best male category and to the best worldwide act title.

The social media star thanked everyone at the ceremony and wished his mum a happy birthday.

Despite being nominated for three awards including best female, Adele left with nothing although Coldplay did win the best rock award.

Beyonce, who was nominated in five categories but failed to win any awards, was beaten to best video by The Weeknd for Starboy featuring Daft Punk.

Drake was named best hip-hop act while American rock band Green Day were given the global icon prize for their contribution to music.

Two days before the US presidential election, they closed the show with American Idiot.

"It is nice to be out of America just for a second because of this horrendous election that is going on right now," said lead singer Billie Joe Armstrong.

Twenty One Pilots won in the best live and best alternative categories.