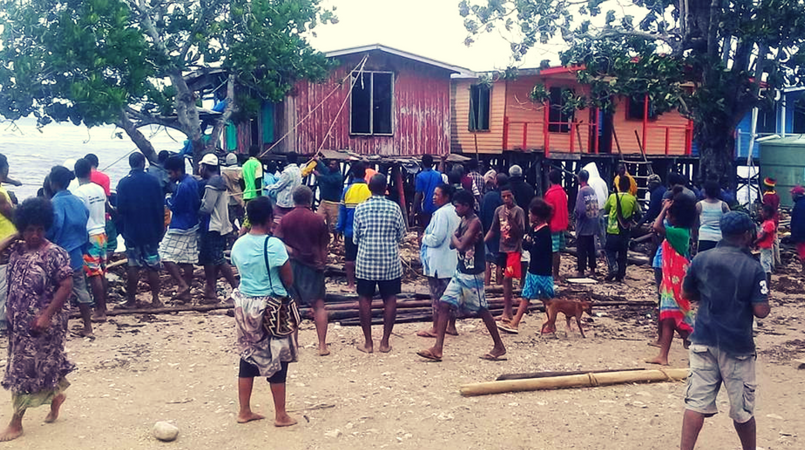 At least 30 people in Kido village, Central Province, found themselves homeless after their houses collapsed yesterday.

At least three houses collapsed when they were hit by the strong winds and massive waves.

Kido village is situated off a point behind Rearea village and Gorohu-Manumanu in the Kairuku-Hiri LLG.

Information came in that the villagers, whose only mode of transportation is by sea, have been unable to move anywhere.

Those who were travelling on Sunday reported encountering gigantic waves that they have never experienced before.

They are now calling on relevant authorities, as well as the Central Provincial Government, to attend to their plight.