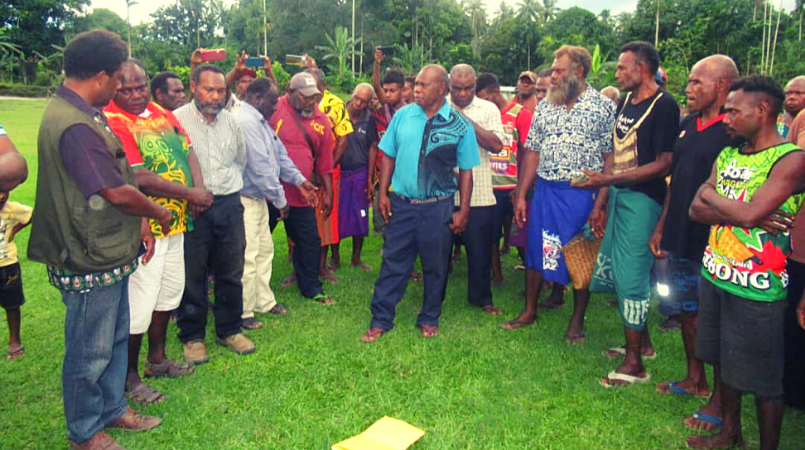 Gazelle MP and Health Minister, Jelta Wong, is reminding youths in his electorate that the choices they make today will determine their future.

He said this in relation to the recent reconciliation between 19 youths of Rapitok ward in Toma-Vunadidir LLG, and the East New Britain provincial government, held at Rapitok 1 village.

This follows an incident that took place last month where the youths damaged an ambulance belonging to the Tapipi Health Centre that was transporting health workers during the COVID-19 awareness in Gazelle district.

The reconciliation saw the youths apologise for placing the health workers' lives at risk as well as damage state asset.

The youths handed over K21,000 cash to the provincial government, who in turn accepted their apology.

Minister Wong said the reconciliation process is timely and a positive way forward.

He added that plans are in place to support youths in the district to become better citizens and engage them in meaningful activities for a better future.

Minister Wong also stressed on the importance of the safety of lives of health workers who are working hard on the front line during this time of the SOE.

Mati assured the youths that a project will be identified from the Toma-Vunadidir LLG to keep them busy and help to eradicate such law and order issues.