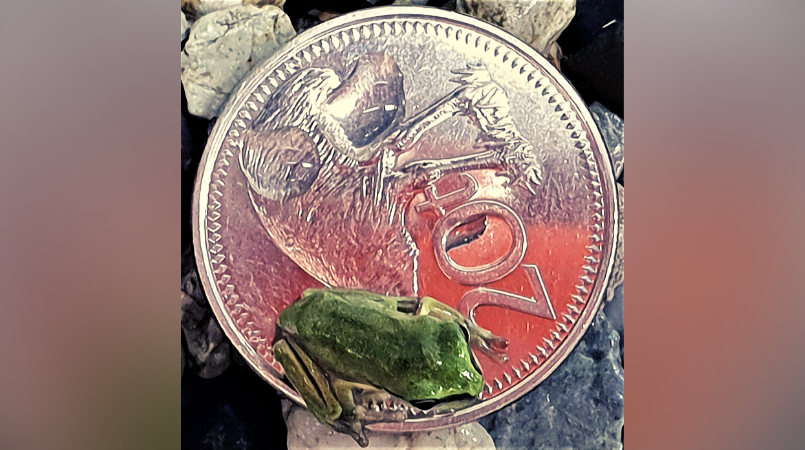 This success comes as part of the ongoing in-situ research program on the amphibian chytrid fungus (Batrachochytrium dendrobatidis), that is being carried out by the park’s wildlife team. Phase one of this program is to develop captive frog management skills for the wildlife team at the Port Moresby Nature Park (PMNP) through training and skill share.

The park’s wildlife manager, Ishsimu Bebe, said: “As part of phase one, the staff must show that they understand the biology of the species they are working with and demonstrate that they can care for and breed the frogs in their care.

“They are starting off with easy to maintain species which they can develop their skills on before progressing to more difficult species to care for.”

The ultimate goal of the research program is to secure New Guinea’s amphibian fauna against the likely catastrophic impacts of the amphibian chytrid fungus. The fungus is now recognised as the most significant example of emerging infectious diseases worldwide, affecting frogs globally, with more than 40 percent of species now threatened with extinction and another 170 species considered to have already become extinct in the last 20 years.

Nature Park’s Curator, Brett Smith, said: “With the regular movement of people, animals and goods between New Guinea and neighbouring countries, entry of  the chytrid fungus into New Guinea is considered a matter of when, and not if.

“New Guinea is the world’s largest tropical island and remains the last major centre of amphibian biodiversity that is chytrid-free. This is significant because the island is mega-diverse for frogs, and home to above 6 percent of the world’s amphibian species of global frog diversity, with more than 400 described species and many more yet to be described.”

The Nature Park is currently working closely with Macquarie, James Cook and New England Universities in Australia and has a ‘Sister Zoo’ partnership with Zoos Victoria. Developing and implementing an island-wide program is a long-term endeavour for the Nature Park, as this requires multiple avenues of research and development with many partners for success.

The success of the breeding program is the park’s first step towards achieving the overarching research goal.

Port Moresby Nature Park is a charity organisation that relies on grants and donor funding to operate.

“By visiting the park, you help support the Park’s efforts in preserving PNG’s unique natural environment for future generations, including the Park’s 550 resident animals, majority of which have been surrendered to the Park for care.”