Order to shoot and kill animals 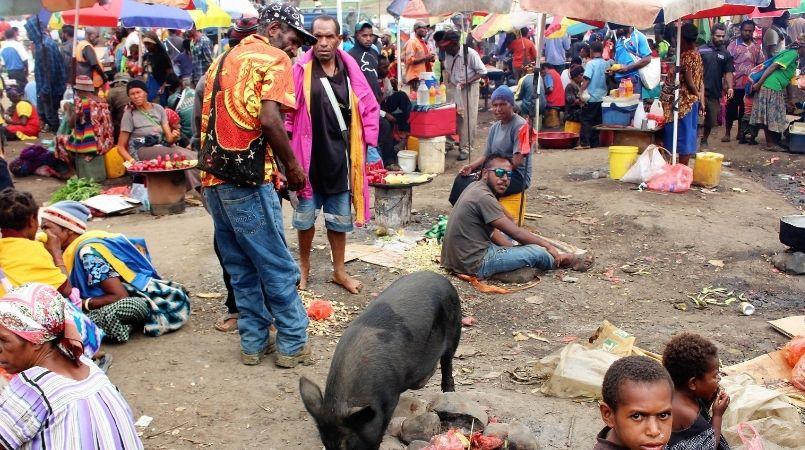 A blanket order has been given for the police and the town authority to shoot and kill domestic animals like pigs, dogs, goat, sheep and cows seen roaming around in public in Goroka town.

This directive came from the office of the local Member of Parliament Aiye Tambua and from the Manager of the Goroka Town Authority and Urban LLG, Harold Abori a week ago.

This directive came as a public announcement over the local NBC Radio by both the local Member as well as the town Manger.

With the new Goroka market not yet in use, and vendors are still selling their goods in the open, animals have also been let to feed for themselves at the market place.

A lot of comments have also came on social media on animals being let loose in town, presenting health hazard and marring the town image.

The leader warned the owners of the animals to round them up and put them in fences.

Failure to do that will result in the cruel shooting down of the animals if the animals are still seen roaming around in public.

Tambu said, with the New Year beginning already, the town authority under his direction would like to clean up the town and bring its former glory back, and removing of animals is one of them.

He added that in order for Goroka to attract tourists both local and international, as well as other people to visit the town, it has to be clean, orderly and beautiful again.

He said, the present appearance of the town is like a dirty betelnut market where second hand clothes and other store goods being sold. It is an eye sore. Thus town authority will move the street sellers or informal sector market out of the town centre.

Town Manager, Harold Abori supports the MP Tambua in extending the word further and will work closely with him on this move to be completed before the end of January 2021.