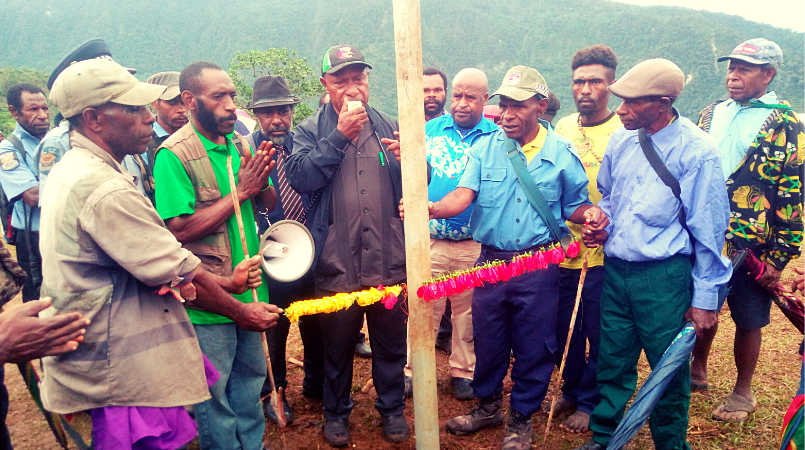 During the event on Sunday, 31st May, the Governor appreciated the efforts of the local community who had earlier taken the initiative to build the Wesap Elementary classrooms with their own resources.

Governor Saonu said whilst more money has been allocated this year for the districts, LLGs and wards, more development will take place from these funding appropriated by the Morobe Provincial Government, especially in the villages.

“Burum and Kuat will be made into separate Local Level Governments to ensure distribution of funds is being made available for development. The two areas will now have a separate LLG president to represent them at Tutumang,” Governor Saonu revealed.

“The same will be done for Umi-Atzera LLG in the Markham District and Yabim-Mape LLG in Finschhafen District. Since taking office, I have identified LLGs that are populated and therefore decided to split these areas into respective LLGs on their own.”

A total of K100,000 was pledged for the area and funds will be made available soon to implement projects.

Governor Saonu said this K100,000 commitment will be paid into the Wesap Primary School operating account for the people to access.