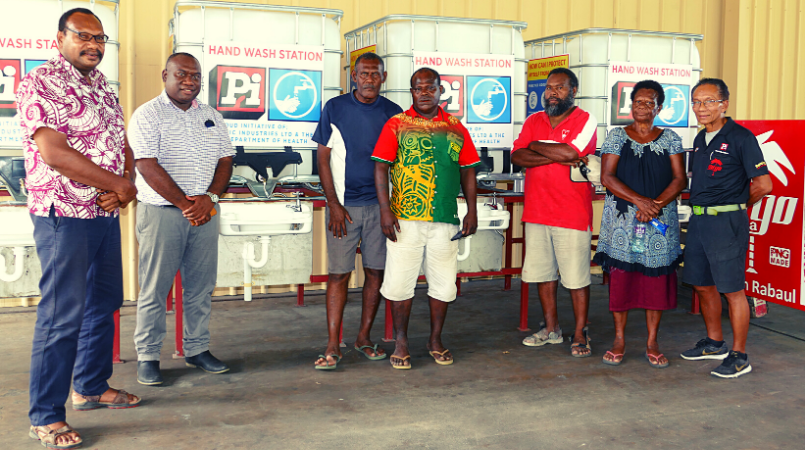 Ten primary schools in the Gazelle District of East New Britain Province will be happy recipients of hand wash stations donated by Pacific Industries in Kokopo.

Members of the Gazelle District Development Authority Board were on hand to receive the first four hand wash stations on Thursday, May 7, at the PI branch in Kokopo town.

Health Minister and Member for Gazelle, Jelta Wong said the ten hand wash stations will be distributed to two schools each in the five LLGs of Livuan-Reimber, Inland Baining, Lassul Baining, Toma-Vunadidir and Central Gazelle.

On behalf of the Health Department and Gazelle DDA Board, Minister Wong thanked PI for this initiative, saying there is a need to partner with the private sector in the fight against COVID-19.

He said especially at this time when schools have resumed, it was paramount to install proper water stations that can enable students to practice preventive measures against COVID-19.

He said a criteria used to identify which schools to give the hand wash stations was based on student population and access to limited water supply.

The value of one hand wash station ranges between K500 to K600.

On behalf of PI, its sales manager, Laurie Williams, said the company is happy to partner with Gazelle district and the Health Department to donate the hand wash stations.

He said arrangements are in place to deliver the stations to the identified schools in the coming days.