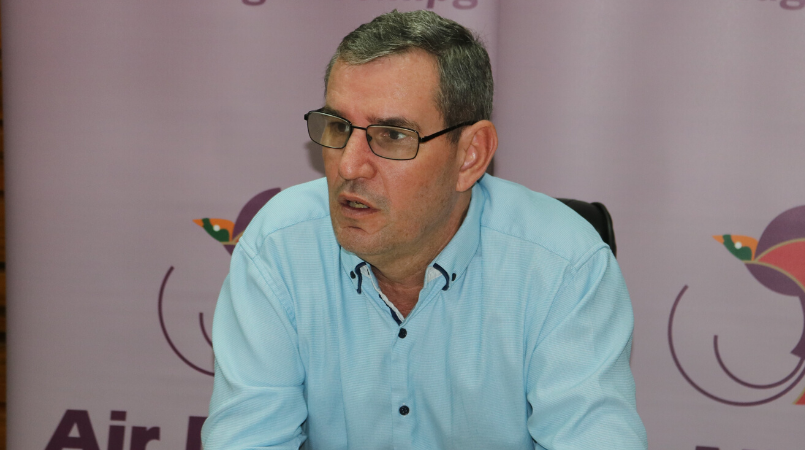 Air Niugini has clarified that the proposal by its subsidiary, Link PNG, to buy 40% of shares in PNG Air is not a merger but a joint venture partnership with existing shareholders.

Air Niugini CEO, Bruce Alabaster, assured that PNG Air will remain a separate corporate entity, maintain its own brand, and that there will not be any job losses.

Alabaster explained these following misconceptions that the proposal was a merger.

Air Niugini CEO, Bruce Alabaster, says the proposal to purchase 40% of NASFUNDs shareholding in PNG Air is just that, and there was no merger.

“Critically it’s not a merger. Its proposed to be a joint venture with MRDC and the other Shareholders in PNG Air. We are proposing to offer the smaller shareholders the opportunity to sell their shares if they like, but we actually honestly feel that they stayed in and that we together take PNG Air into profitability,” said Alabaster.

“Now this is money that belongs to the people of PNG.  This is either small 2000 odd small investors who invested when PNG Air was listed or the private sector employees who contribute to this via their superannuation savings, or the landowners via MRDC. So this is the people’s money that we need to return to them a profitable organization.”

If the proposal is approved, Alabaster says PNG Air will remain a separate corporate entity and maintain its brand.

However, both Link PNG and PNG Air will implement strategies, such as synergizing schedules, to return profitability to both airlines.

“Every time we fly two aircrafts to the same location at almost the same time we are wasting the people’s money. So we’ll continue to actually compete at the front end, but we ensure the schedule is efficient at the back end, and that people actually get value for money and that people get more out of those foreign assets owned by foreign companies that we are using.

“Now that will deliver initial K126 million in profit, climbing to K165 million in benefit across the two airlines because again whether its Air Niugini owned by the tax payers of PNG through the Government, or PNG Air owned by NASFUND’s contributors and MRDC’s landowners, both airlines are actually owned by the people of PNG. So, if we can turn organizations into vastly more profitable organizations and drive down airfares, that is to the benefit of PNG,” said Alabaster.

The CEO made a number of undertakings which include:

Link PNG will requires all regulatory and shareholder approvals, including from the Independent Consumer and Competition Commission (ICCC), before the joint venture is finalised.