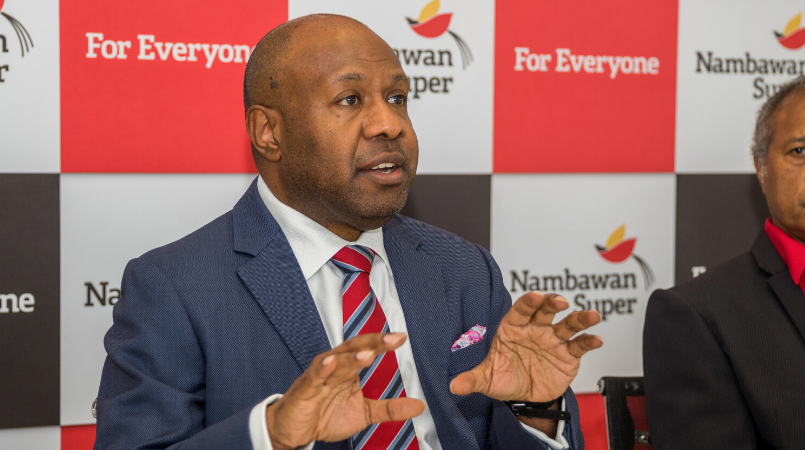 Nambawan Super Limited has plans to develop land it owns at 9 Mile in the Nation’s Capital to assist members through the provision of affordable housing.

NSL Board Chairman, Anthony Smare, said the fund can now proceed with this plans following successful victories in legal disputes over ownership of the land.

Since 1990 the fund has been locked in legal disputes over ownership.

“The fund has not been able to develop it since 1990, because since that time the fund has been battling people within government, who have been trying to take the titles off the fund. So we have been locked in court cases all this time.

“And for us, like any asset that belongs to our membership, we fight to hold that membership and realise the value from that asset," said Smare.

Whilst these cases were ongoing, the land was occupied by settlers, mainly though unknown middle men who sold portions of land without the funds knowledge.

Smare said with the funds successful court victories, they are now working towards plans to develop the land.

He said they will also cater for settlers who have built permanent structures already.

“We have won the court cases that give us a right to go on the land. There are about four parcels of land involved. We’ve just recently won another one (court case), that just brings that back into play now for us.

“My strong message to those people who have high covenant houses that they want to protect, come and register your interest and we will work with you to ensure you have a proper title. Probably you will have to pay for the land because it belongs to our members, but it will be extremely affordable, and it will allow you to remain there.

"But the intent is that we have to make as much land available possible for our members. It has to be cut up, it has to be affordable for them so that they can actually have a place for them and their families to reside in Port Moresby."

Smare said currently there are a lot of v very expensive properties and they intend to make housing affordable so that members can have an asset.

“With 9 mile we have a vision that we can cut it up and make it available to our members for affordable housing. Not the prices that they are being forced to pay by profit seeking developers that exist in Port Moresby.  There’s extraordinary high prices for land that those people have received for nothing.

Smare said the superannuation laws recognise the need for appropriate housing whuch is why members can have access to employee contributions before retirment for housing.

He said memebrs can apply for a housing advance to build, buy or renovate a house after five years of continuous contribution.

"I would like to encoursge members to consider doing voluntary contribution which can help increase members housing eliogibility," said.