US Marines accused of sharing nude photos of female colleagues 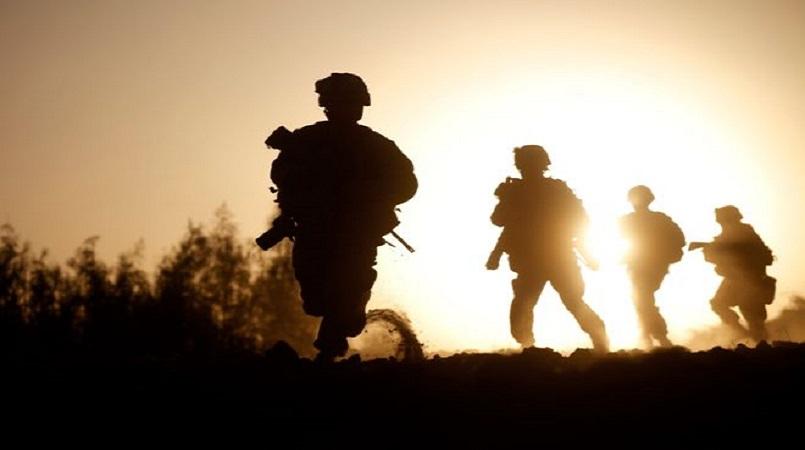 The US defence department is investigating reports that a number of marines shared naked and semi-naked photographs of female colleagues on Facebook.

The pictures were posted within a members-only group called Marines United, and were accompanied by vulgar and highly aggressive sexual messages.

The group has now been closed down.

"[This] is a direct attack on our ethos and legacy," said top enlisted marine Sgt Maj Ronald Green.

The Facebook group included around 30,000 active and retired male marines.

Its activity was uncovered by The War Horse, a non-profit news organisation run by marine veteran Thomas Brennan.

In January, a Marines United member posted a link to a shared folder, hosted on Google Drive, which contained photos of numerous female marines in various states of undress, according to The War Horse report.

Members encouraged each other to find and upload more images, it said. They also identified the women by their names, ranks and units.

The Google Drive has been deleted, and Facebook and Google have closed social media accounts of those posting the images, following a Marine Corps' request.

The photo sharing began in the same month that the first US Marine infantry unit began receiving women.

Some of the photos are believed to have been taken surreptitiously. Other images are thought to have been consensual, but posted without permission.

The War Horse spoke with five of the women in the photographs. Two of them said they believed former partners might have leaked the images. Some said they worried their own accounts might have been hacked.

She said someone alerted her to the usage, and she found comments alluding to sexual assault and rape.

"Even if I could, I'm never reenlisting," Ms Woytek said. "Being sexually harassed online ruined the Marine Corps for me, and the experience."

Marine Corps spokesman Capt Ryan E Alvis said, "We are thankful that Thomas Brennan, a Marine veteran, notified the Marine Corps and NCIS about what he witnessed on the Marines United page. It allowed us to take immediate action to have the explicit photos taken down and to prepare to support potential victims."