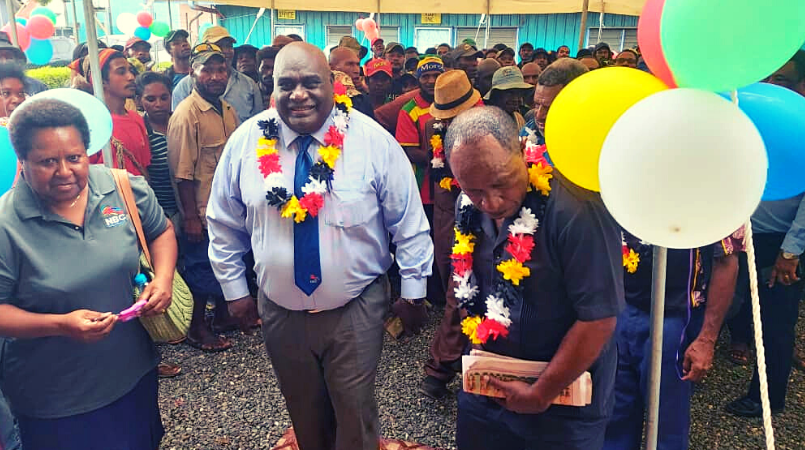 NBC Morobe is now able to operate in a safe environment after its building was condemned in 2018.

The NBC Managing director accompanied the Communications Minister to Lae for the reopening.

NBC managing director, Kora Nou, said the reopening of NBC New Ireland on Friday, May 22nd, and the May 28th reopening for NBC Morobe are quite significant for the National Broadcasting Corporation.

Such major renovations have been completed using NBC’s own budgetary allocation – since the facilities were transferred by the ABC in 1973.

The managing director said after the building was condemned, the NBC Morobe staff had to relocate to two different locations as renovation work was ongoing. They rented a disused provincial government office at the old airport before moving to the current SDA facility.

The funds in NBC’s budget were made possible back in 2019 when again, for the first time in a long while, NBC was able to secure K8 million in Public Investment Program (PIP) funding.

Of the K8 million which was approved and allocated in the 2019 PIP budget administered by the National Planning Department, only K1.5 million was released to NBC throughout 2019. This K1.5m was equally distributed among the first three condemned studio buildings in Lae, Kavieng and Kerema.

Nou said the idea is to undertake major renovations on all their provincial stations over a period of 3-5 years. After that, they will focus on other critical areas such as staff accommodation and transmission issues.

He also alluded to Communication Minister Timothy Masiu’s drive for NBC to partner with provincial governments to sustain the daily operations of the provincial stations.