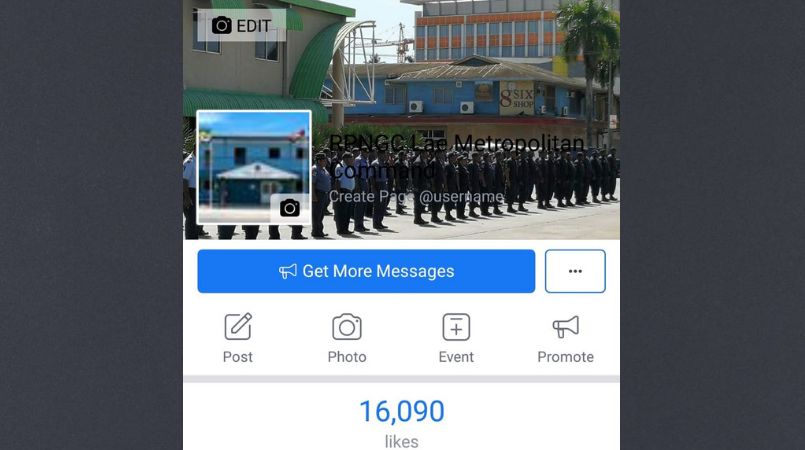 The Lae Command has noted increased engagement on its social media page.

Chief Superintendent Anthony Wagambie Jnr, who was recently awarded the Queen's Police Medal, reported that one of their Facebook posts has reached 90,306 people.

“Over 200 complaints and queries attended to by our Admin through direct inbox.

“The page was set up in 2017 as a means of gauging views from the public on how best we can Police our environment.

“Use of simple technology for awareness, and allowing community participation in law and order issues affecting us every day.

“Members of the community have assisted in tailoring Police to meet their needs.

“From the feedback we had received on our page, we embarked and pushed for the CCTV project which has seen the first two at the Lae Market. Our FB group members had raised complaints of harassment by street vendors, stealing and petty crimes. Since the installation of the CCTV, the scenario there has completely changed.

“Liaison with the public in terms of policing is the way to go. Consultation and interaction in law and order issues. There are more good people than bad people in the community.

“People want to be able to move around freely and will be willing to give ideas on crime hotspots or criminal behaviour to assist Police. This is all about allowing the community to take ownership of law and order issues.

“We thank you all for your support in making Lae a safer place for all of us.”