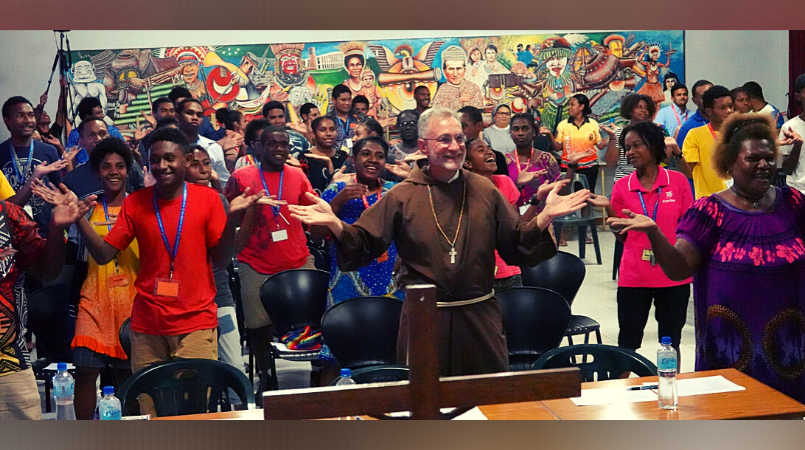 The Social Communications Commission of the Catholic Bishops Conference hosted its third Media Education Seminar for 2020 that had nine schools create and produce short films.

Held from 26th to 28th June at the Emmaus Conference Centre, Boroko, the short films focused on the theme ‘Keep it Clean. Go Green’ and the COVID-19 precautionary measures.

“The important aspect of this program is not merely to communicate an idea or a news item but how we can elicit change in ourselves, make sure that there is community change and ultimately to ensure that there is change at the level of government,” said Fr Ambrose Pereira sdb, Social Communications Commission Secretary.

The seminar commenced on Friday, 26th June with the first session on COVID-19 that was facilitated by Caritas Australia Representative, Charlotte Vada. In her session, she spoke on the ‘New Normal: Risk Communication and the 6 Key COVID-19 Messages’. She challenged the students to be good risk communicators.

Following this session, Fr Ambrose reviewed the productions of the students from the second Media Seminar and evaluated the films.

The second day of the program began with a session on the environment that was facilitated by Environmentalist, Carol Aigilo and Marianville Secondary School Teacher, Janice Warak. Both facilitators dwelt on climate change and its impact on the communities. This was then followed by sessions on Storyboard, 20 Second Films and Shooting Short films by the CBC SOCOM Team. The sessions had activities that required the students to create their storyboards and shoot 20 second films on COVID-19 and 2 to 5-minute films on the environment.

The third day of the seminar dwelt on Writing Articles by Jubilee Secondary School Teacher, Sheryll Isoaimo. The students wrote articles on the media seminar and were given the chance to interview others. Apart from the sessions, the program also had prayer moments, interactive games and reflection time.

In his concluding remarks, Fr Ambrose thanked the schools for being a part of the program and encouraged the schools to support and to promote the work of the students.

The program is a series of seminars hosted by CBC SOCOM with the sponsorship of Caritas Australia, SIGNIS International and several volunteers and benefactors.