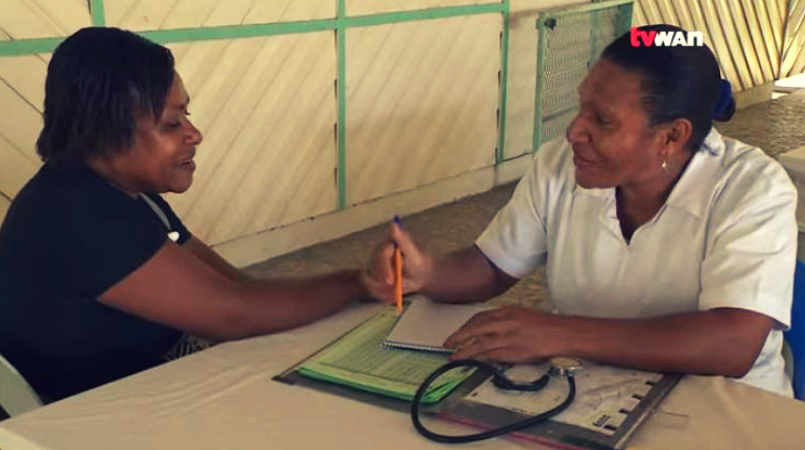 The Six-Mile Clinic in the Moresby North-East electorate is the first of the health facilities in NCD to be receiving its patients’ diagnosis and test results digitally from the Port Moresby General Hospital.

The digital system, which was recently launched by the Acting Chief Executive Officer of Port Moresby General Hospital, Dr. Paki Molumi, is referred to as a cost cutting and time saving measure for both the patients and doctors at the clinic.

Dr. Molumi said this system has been in place at the PMGH for the last two years and they have seen that patients who come through the Six-Mile Clinic are still going through the dilemma of waiting for hours and days – both at the clinic and the hospital.

“So you see the amount of time that’s lost by this patient that’s moving around, so we thought that we should hook up our hospital system to the NCD clinics,” he stated.

“So we start with the Six-Mile Clinic so for the last two months we have been trying to do that. And finally we have got that on board for the last three weeks.”

The extension for the digital service to Six-Mile Urban Clinic is currently funded by the PMGH with major support coming from the Hospital Chairman’s Sir Theo Foundation.

Dr. Molumi also announced that the planned Cancer Clinic at the Port Moresby General Hospital will be completed and ready by December 2019.