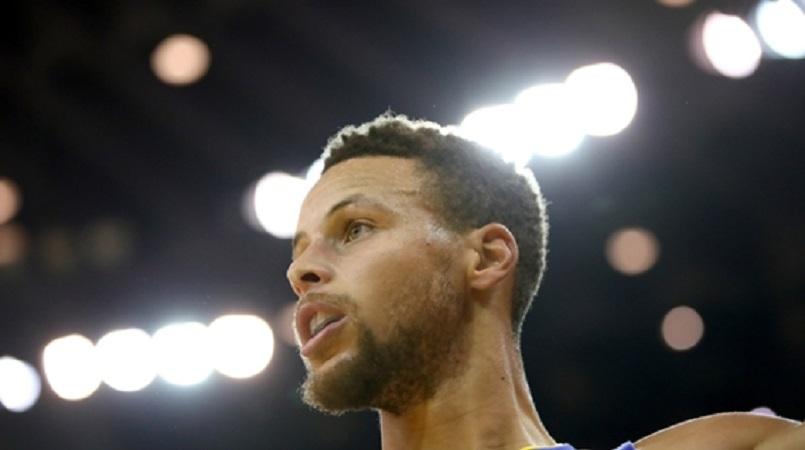 Stephen Curry got the better of Kyrie Irving as reigning NBA champions the Golden State Warriors beat the Boston Celtics 109-105.

Saturday's matchup between the Celtics and the Warriors was the perfect cliched atmosphere. It felt like a playoff game, the two best guards in the league were battling back and forth in a potential NBA Finals showdown.

But there was nothing cliched about Curry and Irving's performances at Oracle Arena.

Two-time MVP Curry dominated the second half, but did so getting to the line just two times before the final minutes of the game, finishing with 49 points, five assists and four rebounds.

"We bring the best out of each other and he's always battling," Curry told ESPN. "He's an amazingly talented player who can do some crazy things on the floor whether I play good defense or not."

Irving scored 37 points on 13-of-18 shooting for the Eastern Conference-leading Celtics.

Russell Westbrook posted his 15th triple-double of the season with 31 points, 13 assists and 11 rebounds, but Carmelo Anthony was the star of the night eclipsing the 25,000-career points mark. Anthony scored 21 points and added five rebounds in the Oklahoma City Thunder's 121-108 win over the Detroit Pistons.

Wizards guard Tim Frazier got a lot of playing time and he took advantage as Washington blew out the Atlanta Hawks 129-104. He scored just four points, but he had 14 assists in 27 minutes of play.

SIT BACK AND ENOY GORDON

Never give Aaron Gordon an open lane to the basket, and never, ever let him get a fast-break opportunity. He just may throw down a reverse-windmill dunk like he did in the Orlando Magic's 114-112 loss to the Indiana Pacers.